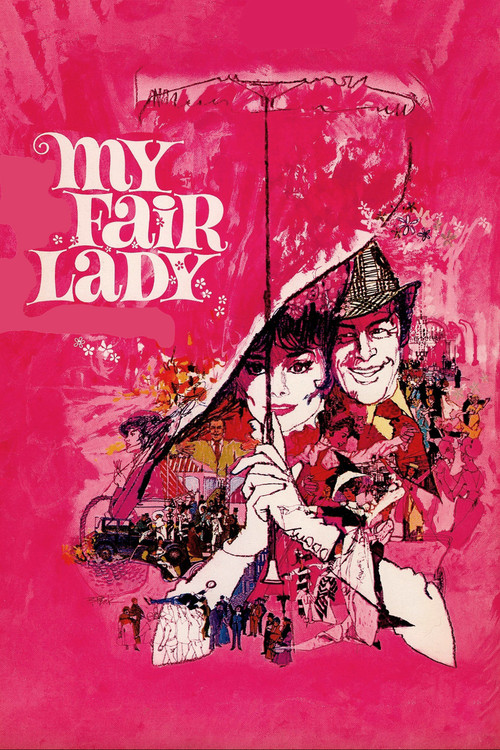 Walking in London's Covent Garden one evening, linguist Henry Higgins (Harrison) bets his colleague Colonel Hugh Pickering (Hyde-White) that in just six months, he can transform Cockney guttersnipe Eliza Doolittle (Hepburn) into a lady whose highborn elocution will fool her betters. Higgins ends up winning the wager, but not without learning a few unexpected life lessons from his pupil.

This delightful adaptation of the long-running Broadway musical – a sing-song-y twist on George Bernard Shaw's "Pygmalion" – was a big success for Jack Warner's production team, especially designer Cecil Beaton. Hepburn, in a role originated on-stage by Julie Andrews (who made "Mary Poppins" instead, snagging an Oscar), dirties up her pixie-girl persona playing Eliza, while Harrison exudes priggish Oxford airs as her class-conscious coach. Outfitted with such classic Lerner and Loewe numbers as "Get Me to the Church on Time" and "On the Street Where You Live," this "Lady" is not only fair, but ever fabulous!

My Father and I