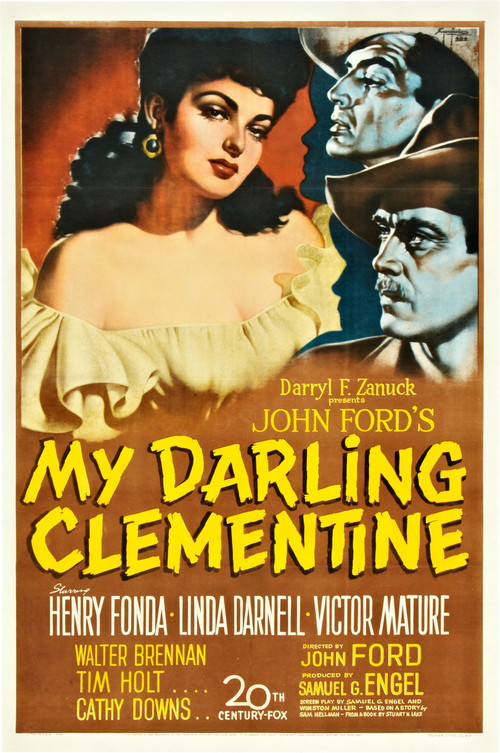 Former lawman Wyatt Earp (Fonda) and his brothers, moving their cattle near the town of Tombstone, are victimized by the Clanton gang, who steal their herd, killing youngest brother James. Wyatt decides to stick around Tombstone with his remaining brothers to solve the crime, and agrees to become marshal. He finds an unlikely ally in the ailing, alcoholic Doc Holliday (Mature), a medical doctor from back east who now unofficially runs Tombstone.

The definitive version of the fabled gunfight at the OK Corral, "Clementine" is another near-perfect pairing of Fonda and Ford, following their collaboration on "The Grapes of Wrath." Shot in Monument Valley, the black and white photography is magnificent, fully worthy of the picture's engrossing and suspenseful story. The climactic scene where Earp and Holliday finally confront the Clantons (led by Walter Brennan) at the OK Corral is the stuff of movie legend.