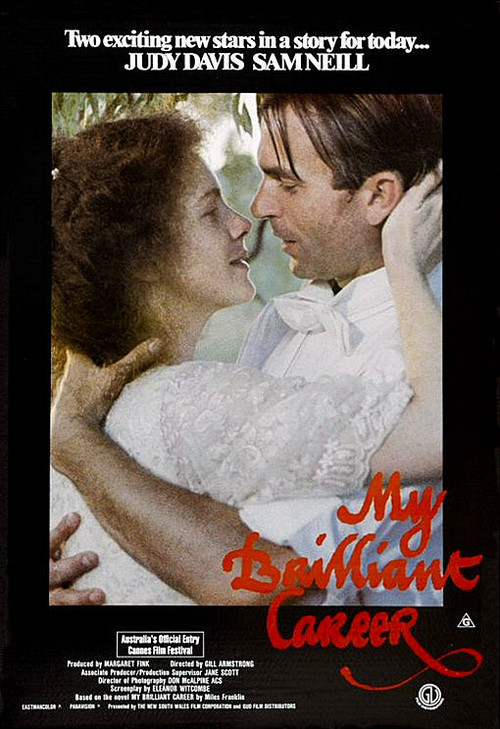 At the tender age of 18, rural gal Sybylla Melvyn (Davis) is sent to live with her wealthy grandmother in the Outback. Sybylla soon makes the acquaintance of handsome, smitten Harry (Neill), a classy bachelor with whom she has a chance to make a comfortable life, despite the chattering of the aristocratic acquaintances who feel she isn’t worthy. But Sybylla harbors dreams of becoming a writer, and bucks convention when she elects to pursue her own path, leaving Harry in the cold.

Adapted from a semi-autobiographical novel, Gillian Armstrong’s feisty Aussie charmer “Career” depicts a plain, turn-of-the-century heroine with a vibrant sense of mischief who casts aside a well-to-do landowner to pursue her own ill-defined artistic goals. Davis is brilliant as the precocious, impetuous young woman whose quest for self-determination brings her a tentative sense of freedom from social constraint but also a tinge of regret. (Think Jane Austen and you’re in the ballpark.) A modern feminist parable masquerading as an old-fashioned courtship story, this “Career” is worth pursuing.