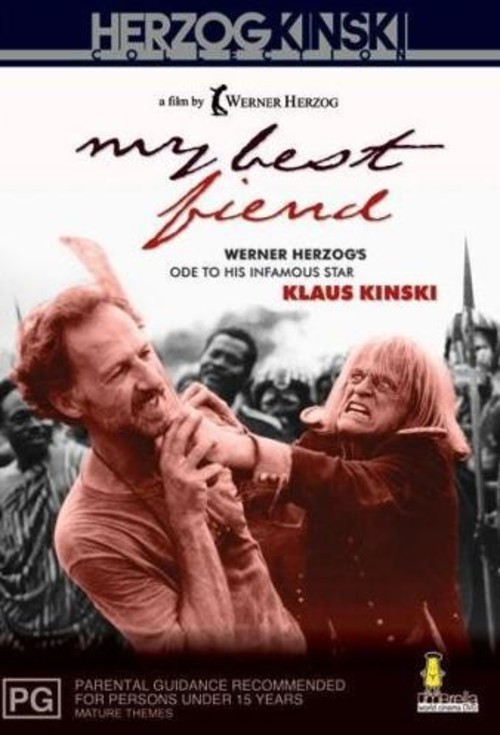 Herzog's highly personal profile of one of the stranger artistic collaborations on record bewilders and stuns. Most of Herzog's best-known-films ("Aguirre: Wrath Of God," "Nosferatu," "Fitzcarraldo") starred the brilliant but troubled Klaus Kinski, whom Herzog had first encountered at age thirteen, and whose unstable, volatile nature made tough productions tougher. To describe Herzog and Kinski's relationship as "love/hate" is inadequate; it was closer to homicidal. However, for the sake of their art, they somehow continued to work — and fight — together.

This astounding documentary captures this unusually temperamental pairing of two big talents, who both needed, and couldn't stand, each other. We see this only from Herzog's side (Kinski had died several years before), but the rendering doesn't feel one-sided or cruel. Below all the mutual frustration and rage lies a core of mutual respect, even tenderness. A remarkable portrait that illustrates the extremes and dichotomies of human relationships.