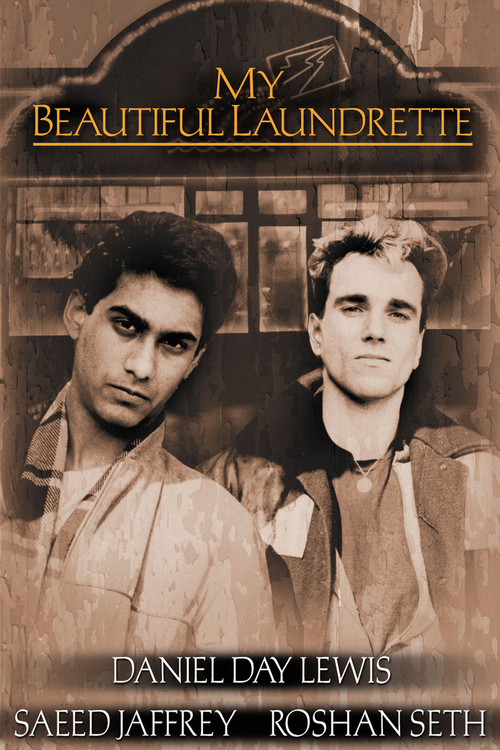 Omar (Warnecke) is a young Pakistani Londoner who gets a shot at living the capitalist dream when his mob-connected Uncle Nasser (Jaffrey) asks him to manage a ramshackle laundromat, and turn a profit. Soon after taking over, Omar runs into old school chum Johnny (Day-Lewis), now a working-class thug affiliated with the fascist National Front. Omar hires him despite his odious ideology, and the two become partners, and lovers.

Originally made for the BBC, and scripted by half-Pakistani writer Hanif Kureishi, Frears's endearing, intelligent "Laundrette" is a dramatic and often humorous study of bigotry, sexuality, and social mobility in Thatcher-era Britain. Warnecke and Day-Lewis are convincing as distinct social types in 1980s London: the striving immigrant under pressure to acculturate on one hand, and marry a family acquaintance on the other; and the skinhead who turns on his mates to pursue a friendship with a loathsome "Paki." Coaxing fine support from his multiracial cast, Frears handles it all with tenderness, insight, and unpredictable tonal shifts.