Show error Much Ado About Nothing | Best Movies by Farr 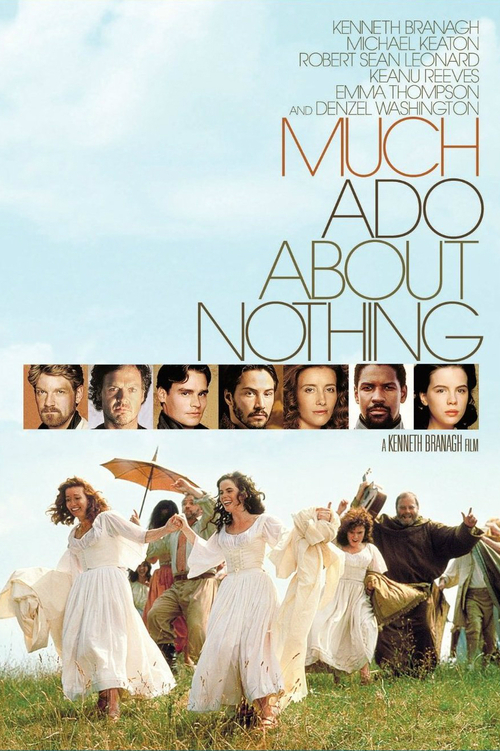 Much Ado About Nothing

In Tuscany, Don Leonato (Briers) welcomes Prince Don Pedro (Washington) and his entourage to his country estate. Among the new arrivals is a noble young soldier named Claudio (Leonard). It’s love at first sight when he meets Leonato's daughter Hero (Beckinsale), a sentiment the fair damsel returns. Also on hand is sharp-tongued Benedick (Branagh) who has a long-standing antipathy for the spirited and equally outspoken Beatrice (Thompson). As preparations are made for the marriage of Hero and Claudio, the Prince and his men play Cupid, and conspire to do the impossible: bring the warring Benedick and Beatrice together.

Branagh’s fourth outing as a director unites him once more with the Bard of Avon after his acclaimed debut with “Henry V.” Serving as screenwriter, director and star, Branagh’s affection for the material leaps off the screen with this exuberant production, shot on location in Italy. The all-star cast does full justice Shakespeare’s sublime language, but Branagh and Thompson (married at the time) stand out for the ease and fluency of their portrayals. Featuring a young Kate Beckinsale in her film debut, this box-office hit bursts with summer sun and joie de vivre.