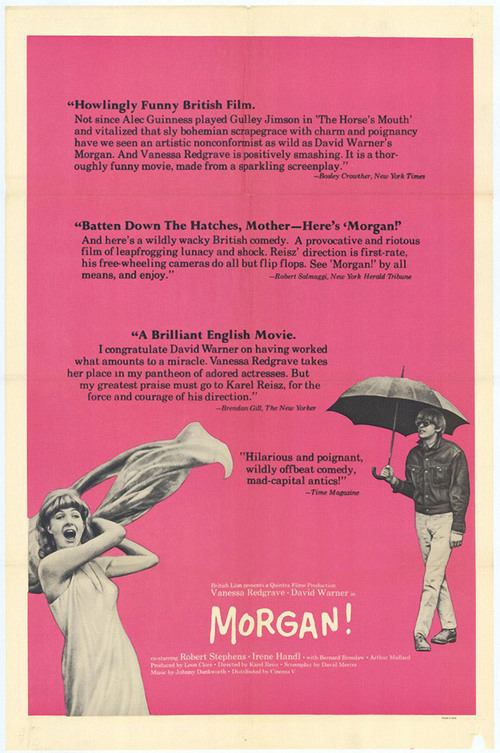 Morgan! A Suitable Case for Treatment

Morgan Delt (Warner), a mentally unbalanced young artist obsessed with apes, really goes off the deep end when his beautiful, only slightly daffy spouse, Leonie (Redgrave), asks for a divorce. Determined to have her back, Morgan resorts to bizarre and desperate measures to keep her from marrying priggish art dealer Charles (Stephens).

Redgrave made her film debut in this wildly inventive black comedy by Czech director Reisz. Her magnetic performance as Leonie — continually torn between her more conventional side and the unhinged part of her nature — netted her a Best Actress Oscar nomination. "Morgan!"'s exuberant pacing and anarchic spirit make it one of the swinging sixties' most delightfully loony cult films. Also, Warner is terrific in the lead.