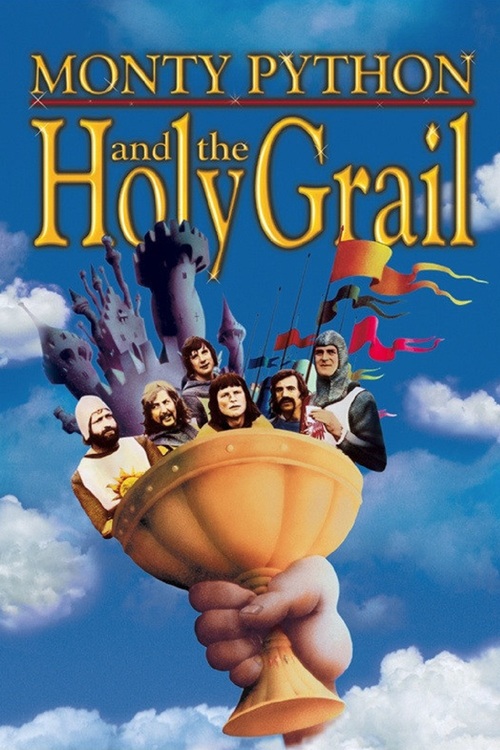 Monty Python and the Holy Grail

In this wacky send-up of Arthurian legend and quest movies, we follow the demented exploits of King Arthur (Chapman) and his Knights of the Round Table as they set off on foot (and clomping coconut shell, due to an unfortunate lack of horses) to find the mythical Holy Grail. Along the way, the royal clods have run-ins with an absurd Black Knight (Cleese), a crazed bridgekeeper, modern-day bobbies, and others. Were the dreary Middle Ages really this crazed?

This zany cult classic by the famed Monty Python troupe will leave you gasping for breath and occasionally howling at the hilarious bad taste of certain slapstick sequences. Cleese, Chapman, Eric Idle, Michael Palin, Gilliam, and Jones all play multiple roles, combining non-sequitur humor with bloody duels and other pratfalls that parody medieval chivalry and archaic religious sentiment. Somehow, senselessly silly gags like the encounter with a killer rabbit and the Knights Who Say "Ni!" tickle the funny bone no matter how many times you watch. For brilliant, irreverent lunacy, seek the "Holy Grail"!