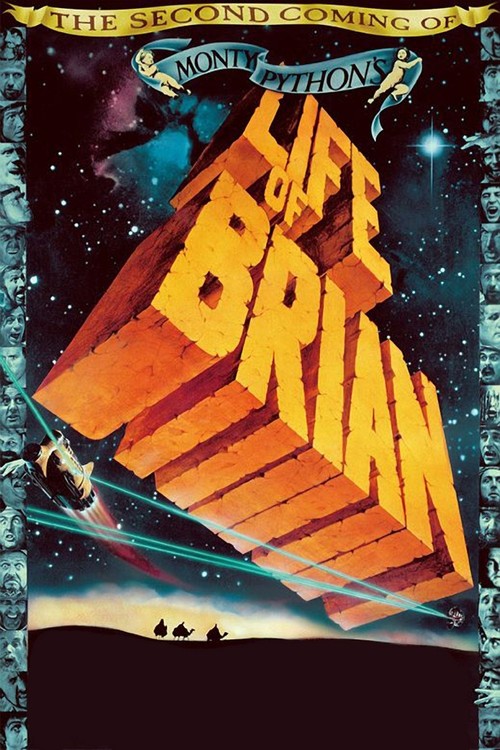 Born in the stable next to Jesus on December 25, Brian (Chapman) is visited by the Three Wise Men as a babe in swaddling clothes, grows up to hear the Sermon on the Mount, endures manipulation and abuse at the hands of rival, absurdly named political factions, and ultimately finds himself at the feet of Pontius Pilate, who, like everyone else, takes him to be the so-called messiah from Galilee.

One of the greatest comedy troupes of all time offers a hilariously skewed take on fanaticism and proto-Christian hypocrisy in this uproarious, wickedly irreverent religious satire. All the bits are fiercely funny, with the Python’s embodying a nutty cast of familiar Biblical characters — Palin’s lisping Pilate (“Centurion, why do the masses t-t-t-titter so?”), for instance, is genius — as well as imagined kooks (Biggus Dickus, Stan Called Loretta), all of it capped by a jolly Crucifixion scene where Brian leads his idol-worshipping followers in a rousing rendition of an absurdly inappropriate beer-hall song: “Always Look on the Bright Side of Life.” Even ex-Beatle George Harrison has a cameo. This is lacerating British wit at its best. Behold the Pythons!