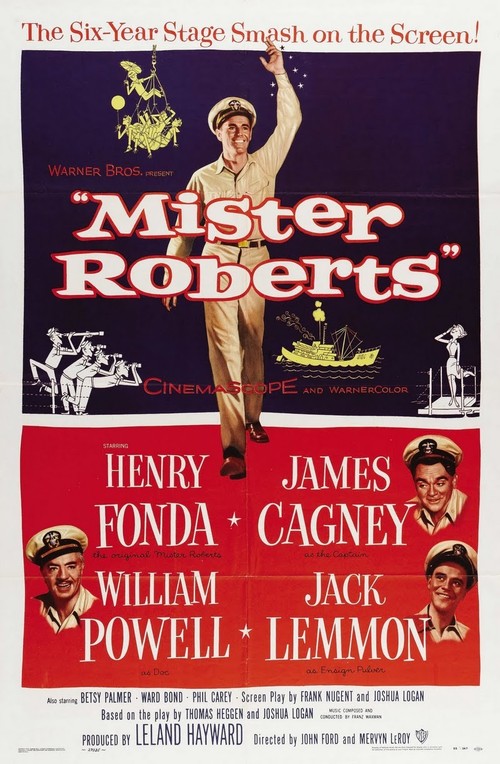 Adapted from Josh Logan's Broadway hit, this service drama tells of Lt. Doug Roberts (Fonda), an officer on a WWII cargo ship, desperate to see action, who instead has to cope with irascible, by-the-book Captain Morton (Cagney). Roberts is frustrated by life aboard the SS "Reluctant," but thankfully Ensign Pulver (Lemmon) — "in charge of laundry and morale" — is on board to provide him and the crew with some much needed laughs and sympathy.

Returning to the big screen after an eight-year absence, Fonda successfully recreated his long-running stage role under the superb direction of Mervyn LeRoy, who replaced John Ford when Ford and Fonda literally came to blows just weeks into shooting! Young Lemmon must have been humbled by the cast line-up for this film: Fonda, Cagney, and the legendary William Powell (in his final screen role as a philosophical ship doctor). Yet his manic energy was ideal for Pulver, and Lemmon held his own with Hollywood's best, winning the Best Supporting Actor Oscar. Cagney is also aces as the world's touchiest skipper. All aboard for "Mister Roberts."