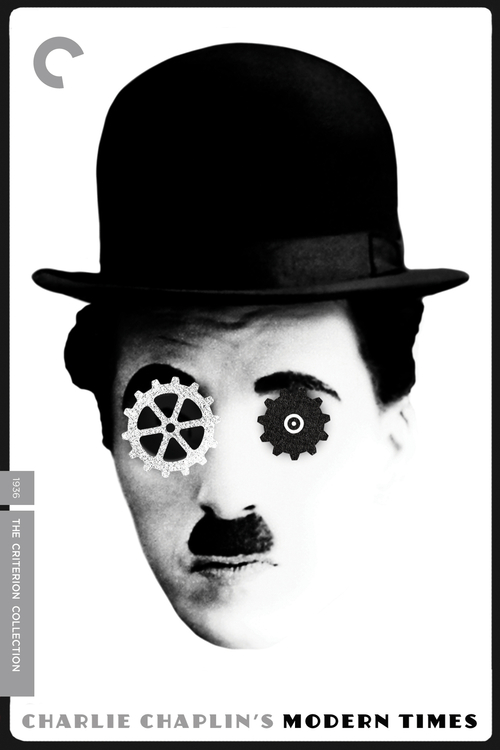 Family, The Essentials, The Criterion Collection

In this enduring classic, Charlie is a struggling factory worker whose gentle, innocent nature is at odds with an increasingly mechanized, dehumanized workplace and world. Chaplin's then-real-life wife Paulette Goddard plays the waif Charlie befriends, protects and loves. Together, against seemingly insurmountable obstacles, we know they'll find a way to "get along."

Though originally planned as Chaplin’s first sound film, the legendary actor/director ultimately decided to make a silent film with sound instead. Thus, rather than spoken dialogue, "Times" features the ingenious use of sound effects at strategic moments, not to mention some priceless visual gags and set pieces; most famously, when Charlie literally becomes a cog in the machine. An adorable Goddard is also ideal as the object of Charlie’s affections. Incidentally, Chaplin also wrote the score, including the timeless melody, “Smile” — which is just what you’ll do when you watch this film.