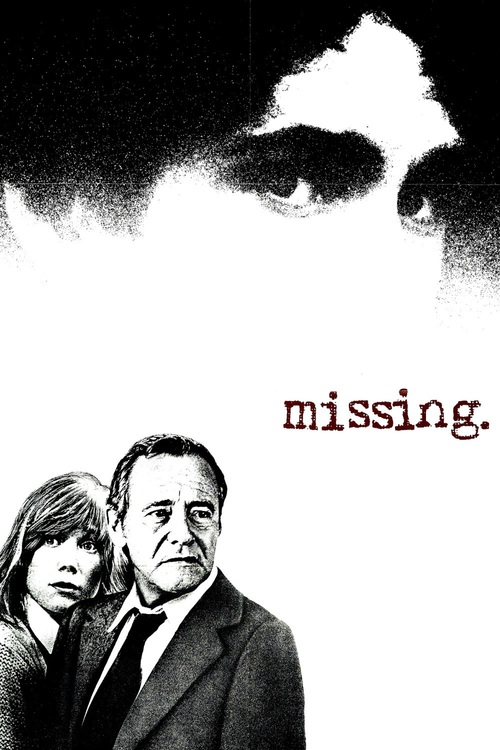 "Missing" relates the tragic, fact-based story of writer Charles Horman (Shea) who disappears while covering political persecution in Chile. His father Ed (Lemmon) travels there to locate him, or at least discover what happened to him. Charles's wife Beth (Spacek), who knows much more than Ed about real conditions and practices there, sets aside past issues with her father-in-law to push for the truth, with Ed's help. They hit wall after wall in their inquiries, but persevere in their quest for some kind of closure.

Director Costa-Gavras's first American made film is a stunning political thriller, elevated not only by the ring of truth, but also by a shattering Oscar-nominated performance by Lemmon. His Ed Horman is an imperfect father but a good American; he rightly feels betrayed by the country he trusted, but is also frustrated by his own failure to make peace with a son he never fully accepted or understood. Spacek makes the complex character of Beth her own, and we feel immeasurable sympathy for this odd couple as they grope for answers they won't enjoy hearing. Don't let this potent, heartbreaking drama go missing.