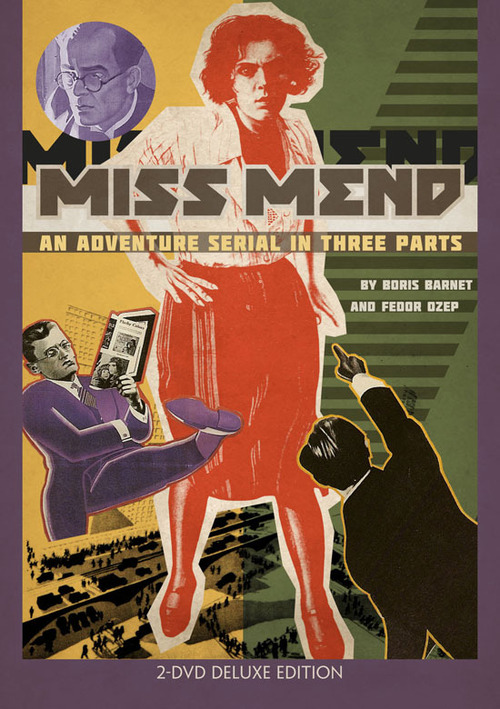 Somewhere in America, Vivian Mend (Glan) sticks up for her fellow workers at a cork factory, and through sheer coincidence, ends up falling in with the son of the family that owns the company. It soon becomes evident that the family fortune has been plundered by a top secret anti-Soviet group called “The Organization,” whose evil leader Tchitche (Komarov) intends to use his ill-gotten gains to finance a poison-gas attack on Soviet soil. The fearless Miss Mend then teams up with a couple of reporters (Barnet and Fogel) and besotted fellow employee Tom (Ilyinsky) to foil Tchitche’s evil plan. Will Miss Mend save the day?

Don’t miss this fascinating, one-of-a-kind film experiment, where Soviet authorities authorized Barnet to portray the West as they saw it. In the process, directors Barnet and Otsep utilized the elements that made the American “serial” pictures of the day (“The Perils of Pauline”) so popular. This included strategically pausing the adventure at hair-raising moments to get people back for the next installment, and always throwing in lots of slapstick, stunts, and derring-do. On release, “Miss Mend” horrified government officials, but thrilled audiences — and all these years later, it’s easy to see why.