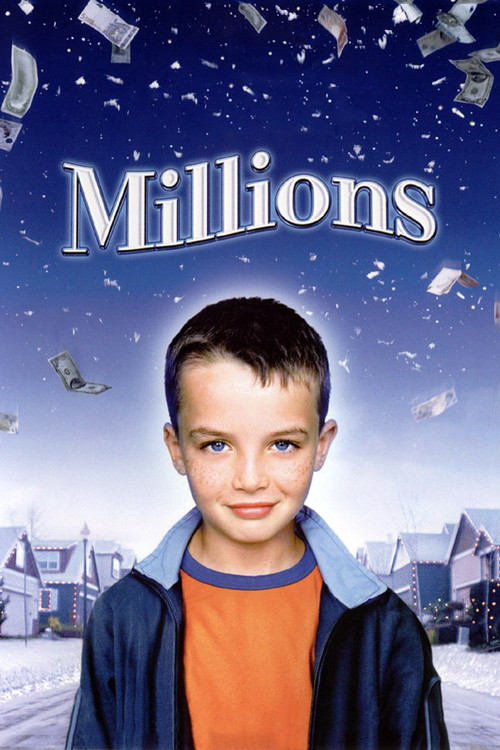 British widower Ronnie (Nesbitt) moves his young sons Anthony and Damian (McGibbon and Etel) to a new community after their mother dies. One day, a large bag bulging with British pounds literally falls out of the sky, landing on Damian's outdoor cardboard hide-out. The brothers must then figure out how to dispose of this cash, and fast, as within days Britain's monetary transfer to the Euro will make the pound notes worthless.

Quirky, ingenious and altogether charming fantasy/comedy from director Danny Boyle combines warmth, humor, and suspense — as, predictably, the previous owners of the ill-begotten cash become vitally interested in its recovery. Young Etel steals the show as the adorable Damian, who happens to be an authority on all the saints, communes with them often, and fittingly, wants to use the money to help the poor but doesn't quite know how to do it. Boyle paints his story in vivid colors, so that its darker aspects never overshadow the prevailing sense of fun and wonder. Tip-top entertainment for the whole family, though some plot intricacies may be lost on the smaller fry. Never mind — "Millions" will still hold them.