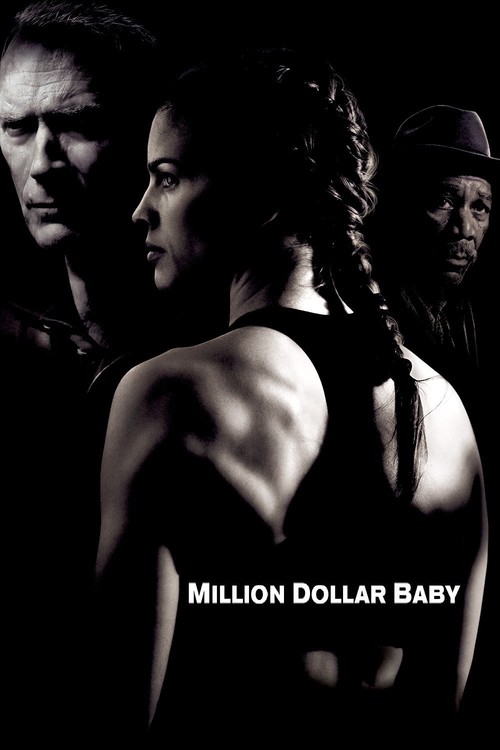 Maggie Fitzgerald (Swank) is a minimum-wage, hard-scrabble waitress who dreams of making it as a professional boxer. Frankie Dunn (Eastwood) is a grizzled trainer who proclaims "I don't train girls." But Maggie's persistence and pluck, together with encouragement from Frankie's longtime gym partner, Eddie "Scrap-Iron" Dupris (Freeman), eventually convince the veteran to take her on. Over time, their partnership will have profound repercussions, both personal and professional.

Eastwood's gripping drama transcends the boxing film genre, focusing on the evolving relationship and emotional connection between fighter and trainer. But that's not to say that the training and fighting scenes aren't powerful. Swank packed on twenty pounds of muscle and trained like a pro to play the tough Maggie, and her commitment was rewarded with an Oscar. Freeman, whose voice provides the poetic narration, also snagged a statuette as the former fighter with deep ties to Frankie. Eastwood's terse gruffness has never been better suited to a role, and his spare direction perfectly evokes the gritty boxing world. This Best Picture Oscar-winner is indeed one of the all-time champs.