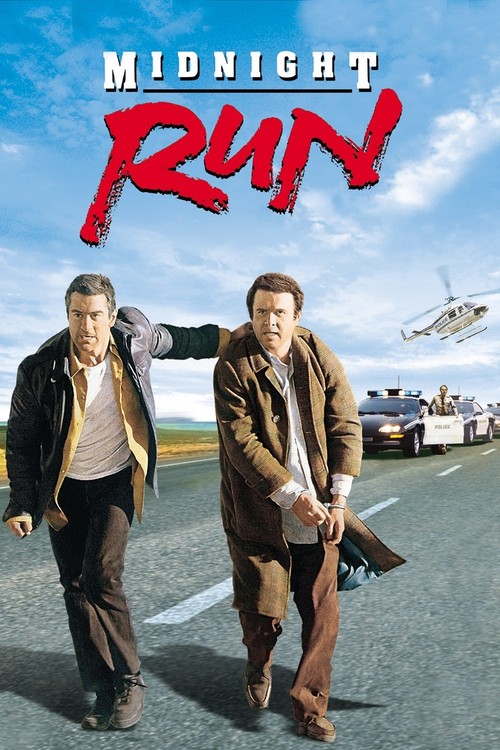 Modern-day bounty hunter Jack Walsh (De Niro) has a colorful career, but nothing could prepare him for Jonathan Mardukas (Grodin), a mob accountant on the lam. It seems Jonathan embezzled from his crooked bosses, gave the money to charity, then managed to jump bail. Jack first outdoes the authorities by nabbing Jonathan. Now he'll be amply compensated if he can get him to the West Coast in one piece. But given the long list of neuroses afflicting Jonathan, and with both the FBI and the mafia interested in meeting the money-man en-route, Jack will have to earn every penny.