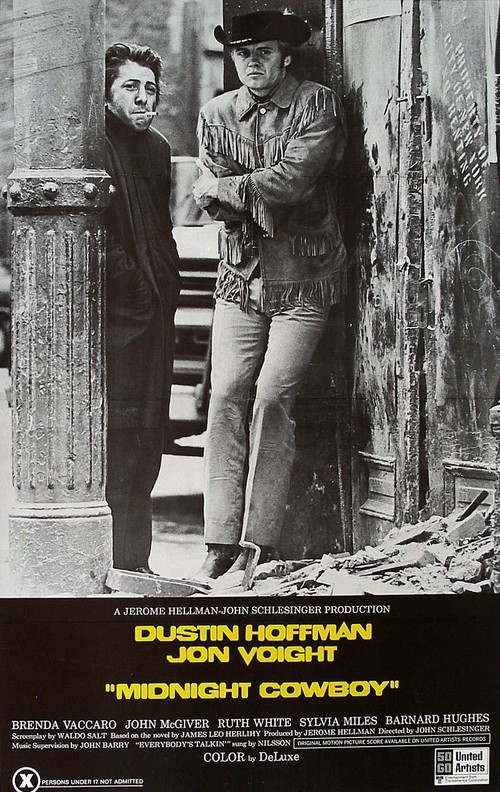 Lone Star native Joe Buck (Voight), a dim but handsome rube, drops his dishwashing gig in his stifling hometown and comes to the Big Apple, convinced he can earn a living servicing wealthy New York women. But Joe's start as a hustler is a mite rockier than anticipated. Buck then meets tubercular street denizen Ratso Rizzo (Hoffman), who offers to become the aspiring gigolo's "manager," and a highly unusual friendship is born.

Two years after "The Graduate," Hoffmann transformed himself into an ailing derelict in director Schlesinger's dark, intense "Midnight Cowboy." A story of friendship born of desperation in Manhattan's grimy underbelly, "Cowboy" was at the vanguard of a new kind of Hollywood movie in the late '60s — gritty, complex, and un-idealized. Despite an initial "X" rating, the film won Oscars for best picture, director, and screenplay, and both Hoffman and newcomer Voight were nominated for their gutsy, raw performances. Hoffman's Rizzo is particularly astounding.