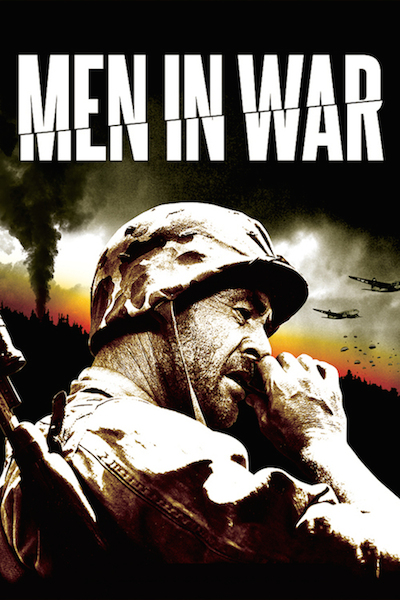 During the Korean War, Lieutenant Benson (Ryan) and his platoon of men are behind enemy lines, with a busted truck and all lines of communication dead. They come across Sgt. Montana (Ray), who is trying to get his shell-shocked Colonel (Keith) to a field hospital. Still, much to Montana’s chagrin, Benson commandeers their jeep. But the countryside is crawling with soldiers, landmines, and a hidden sniper. Together these antagonistic allies, thrown together by chance, are forced to unite and close in on a nearby hill, where the enemy lies in wait.

Known for westerns and historical epics, this is a rare war drama on Mann’s storied resume. Written by Philip Yordan (possibly fronting for blacklisted Ben Maddow), Mann’s stripped down survival story is simple in theme, and complex in emotion. With California standing in for Korea, the expansive outdoor location serves to highlight the men’s isolation and fear. Ray and Ryan bring gruff doggedness to their roles, each man fighting for what he believes in. With a score by Elmer Bernstein, this is yet another hidden classic in an underappreciated director’s oeuvre.