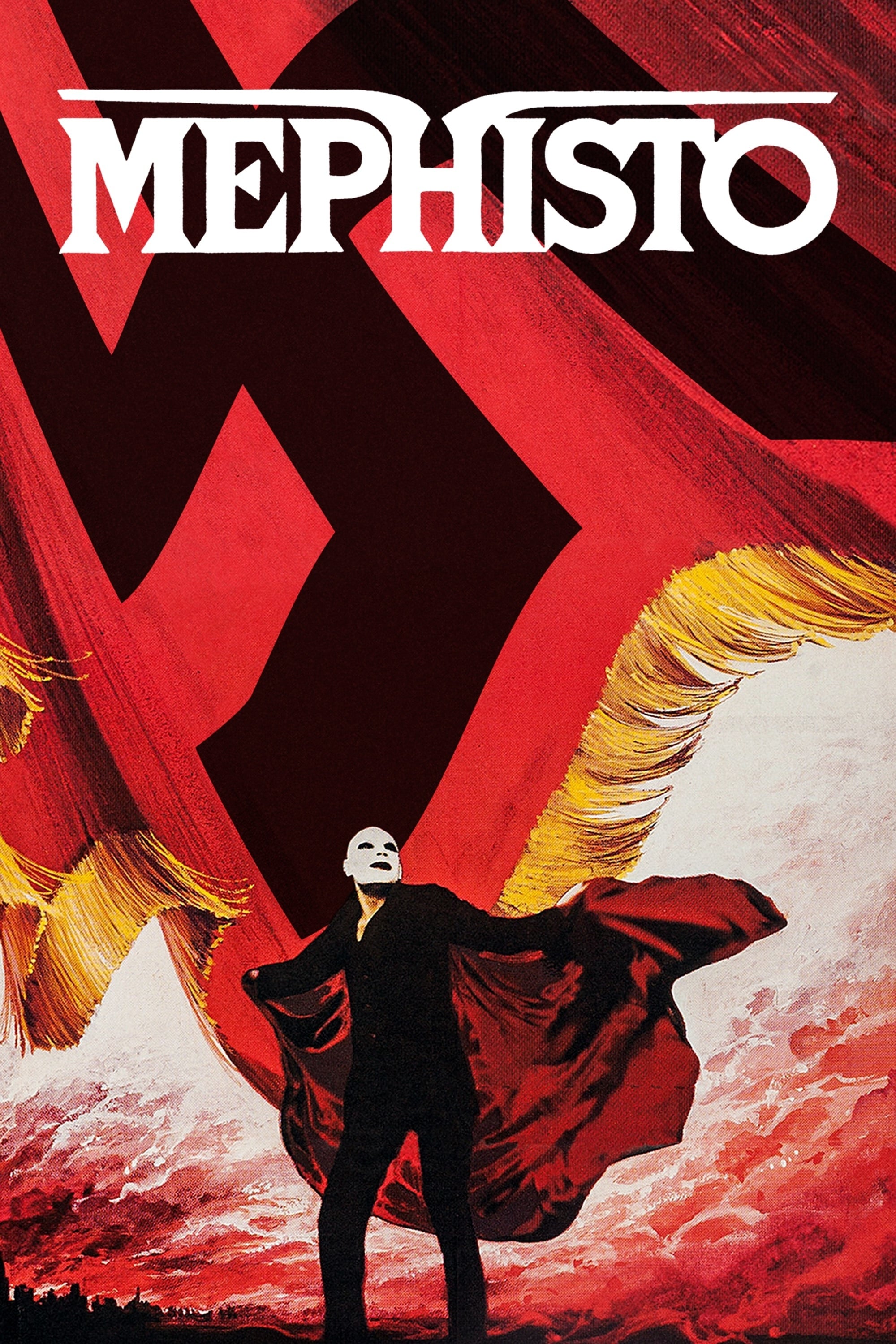 Hendrik Hofgen (Brandauer) is a struggling performer in early 1930s Hamburg haunted by the idea that he’s only a “provincial actor.” Highly ambitious and devoid of principle, his rise to Germany’s top actor and director coincides with the ascent of Nazism. Along the way, he discards both his Nazi-hating wife Barbara (Janda), and his black mistress (Boyd). Henrik is fortunate to the have the General (Hoppe) as his sponsor, a character reminiscent of Hermann Goring. The role that makes Hendrik famous on the Berlin stage is that of Mephisto, the demon who offers Faust unlimited knowledge and pleasure in exchange for his soul. Hendrick seems oblivious to the parallels between that legend and his own life, until it is too late.

Szabo’s stunning historical epic traces the career of an actor who strikes a Faustian bargain since beyond his own narcissism and compulsion to play-act, he has no conscience. He can only act, not feel. This miserable though fascinating figure is made incandescent by Brandauer in an astonishing, high-octane performance that would lead to prominent roles in English-language films like “Out of Africa”. “Mephisto” did take home the Oscar for best foreign film in 1982, and no wonder. Exquisitely mounted and shot by writer/director Szabo, this tragic, cautionary tale will stay with you long after the closing credits.

Metallica: Some Kind of Monster