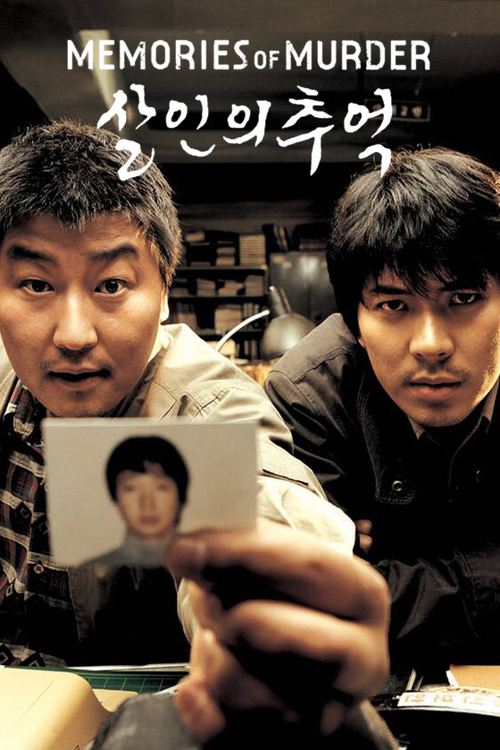 Relying on intuition rather than logic, rural cop Park Du-man (Song) thinks he's nailed the culprit in the brutal rape and murder of two young women. But brooding, young Seoul detective Seo Tae-yun (Kim Sang-kyung), who's volunteered to assist Park and his partner Cho (Kim Roi-ha), deplores their aggressive means of soliciting confessions and easily determines they have the wrong man. Isolating a few tell-tale clues, the three men try to uncover the grisly truth behind the case as yet another girl falls victim to the killer.

A thrilling police procedural in the old-school mode, South Korean director Bong Joon-ho's "Memories" works on a number of levels: as a tense buddy picture, a critique of Korea's dark decade of torture and illegal detention in the '80s, and a frighteningly enigmatic whodunit. Based on the real-life, unsolved case of Korea's first serial killer, "Memories" asks tough, timely questions about the nature of authority and the ethics of extreme interrogation. Great performances by lead actors Song and Kim, as well as Kim Roi-ha playing the feral, flying-kick-prone Cho, turn "Memories" into a first-rate suspense flick that will keep you on your toes.