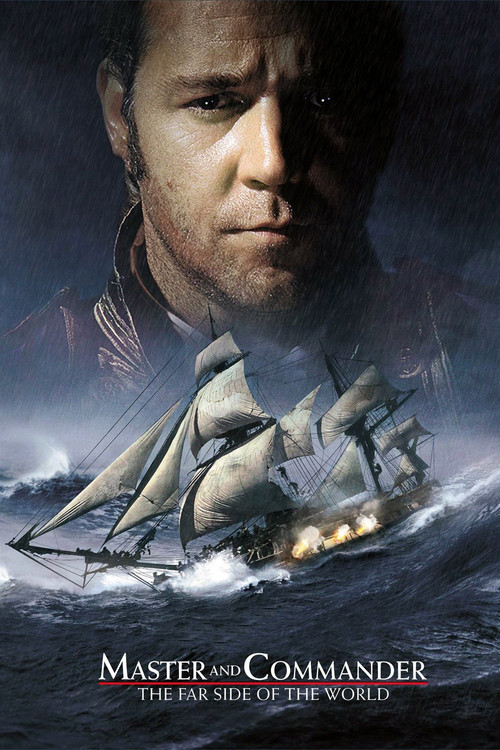 During the Napoleonic Wars in the early nineteenth century, Captain Jack Aubrey (Crowe) commands the British frigate, HMS Surprise. Aubrey's mission is to track down, engage and sink the Acheron, a much larger and better-equipped French ship. Even as ship and crew endure the destruction of an enemy sneak attack and the ravages of inclement weather, Aubrey is unwavering in his duty.

Based on Patrick O'Brian's renowned seafaring adventure novels, Peter Weir's "Master" delivers an intimate, seemingly accurate portrayal of rugged life on the high seas, limited in creature comforts but rich in camaraderie. You can practically smell the salt air and taste the rum. Crowe makes a commanding but compassionate hero, and his friendship with ship doctor and scientist Stephen Maturin (Paul Bettany), who'd like Aubrey to slow down so he can collect samples of unknown species, provides some interesting character by-play between the full-bore battle sequences. In all, a flavorful, bracing adventure, suitable for family viewing.

Master of the House