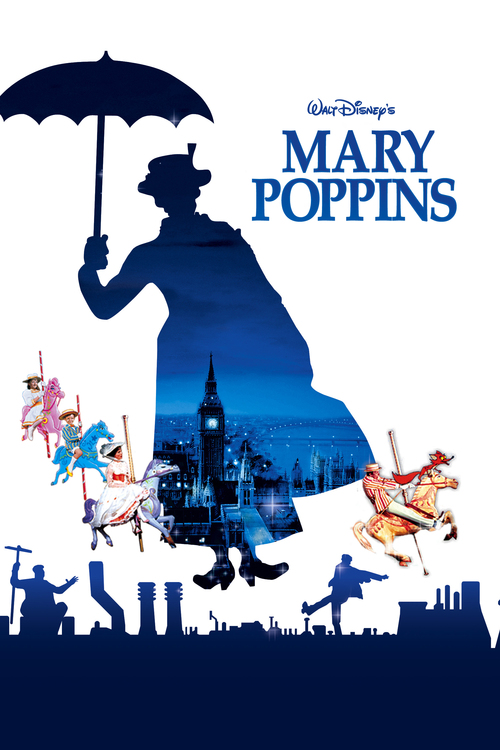 Based on P.L. Travers's books set in early twentieth century London, the story tells of the unruly Banks children, Michael and Jane (Karen Dotrice, Matthew Garber). The mischievous pair has run through a succession of nannies, when who floats down but a heaven-sent caregiver named Mary Poppins (Andrews). Though the Banks parents (David Tomlinson, Glynis Johns) are initially bewildered by Mary's unconventional ways, the kids are blissful, as they embark with Mary and new friend Bert, a chimney sweep (Van Dyke) on a series of fantastic escapades. Over time, even stern Mr. Banks comes to recognize Mary's value — and the important lesson she teaches everyone about how to live life to the fullest.

Disney's triumph expertly blends live-action and animation, and boasts a delightful score by the Sherman Brothers, including "A Spoonful Of Sugar," "Chim-Chim-Cher-ee," and "Feed The Birds." Veteran troupers Ed Wynn, Reginald Owen and Arthur Treacher lend colorful support, and Van Dyke is an appealing song and dance man, though his Cockney accent fails him. The real draw of course is the irresistible Andrews, who won the Oscar in her first starring role. Best for younger children, and young-at-heart parents.