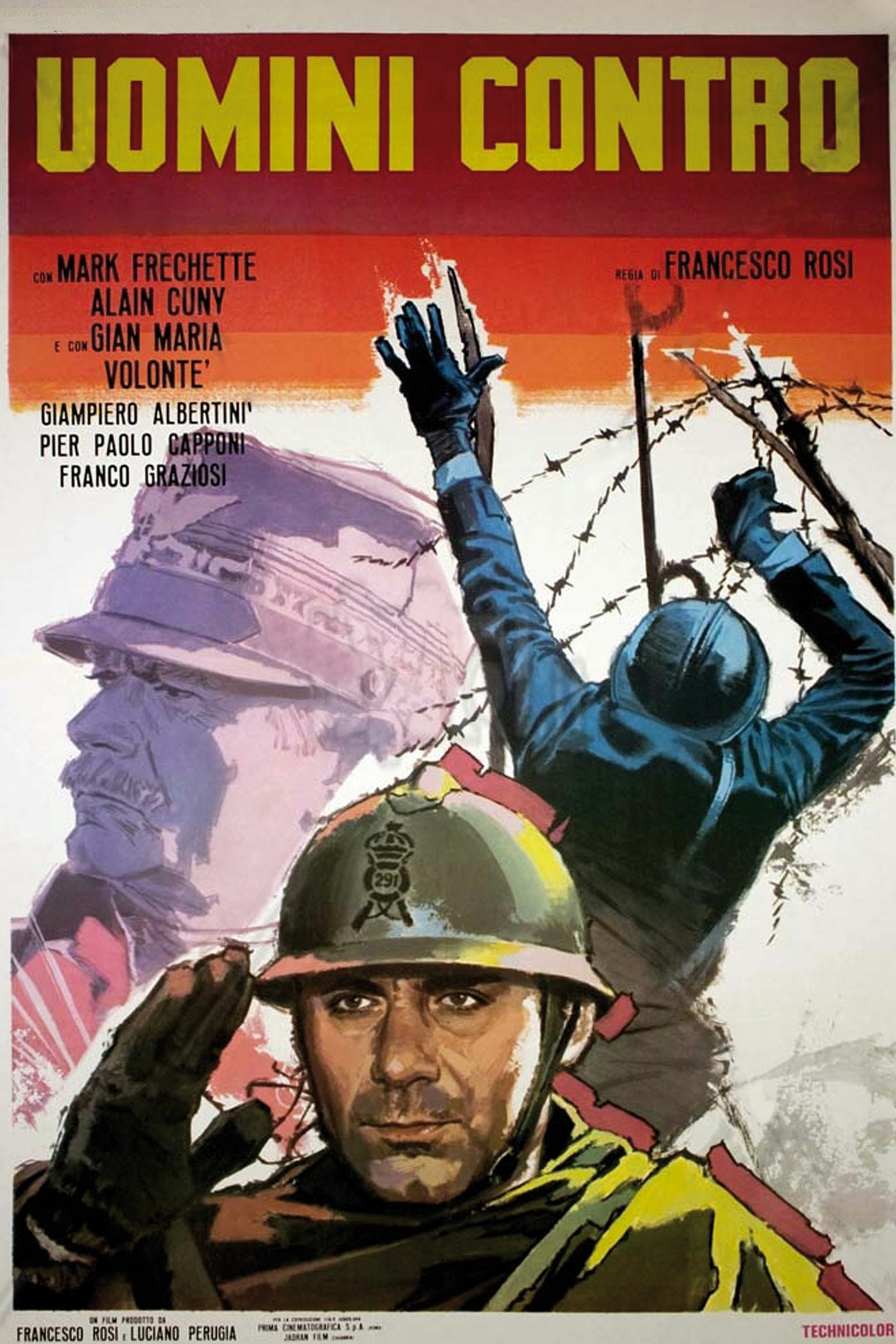 On the front-lines of World War 1 in 1916, Italian infantrymen face the machine guns of the Austrian army. Led by the imperious General Leone (Cuny), the soldiers are repeatedly sent over the sides of trenches. Lieutenant Ottolenghi (Volonte) sees the insanity of the strategy and does his best to defy the General. But Leone is quick to use firing squads to murder insubordinate men and foment fear among the troops. Will his subordinates eventually take a stand against this madness?

Adapted from a memoir by anti-Fascist writer Emilio Lussu, Rosi’s bleak take on war was politically polarizing when first released in Italy.  Highlighting the class distinctions at play in trench warfare, the film lets the images speak most forcefully, with the agile camerawork of Pasqualino De Santis evoking the chaos of the battlefield. American actor Frechette makes for a heroic protagonist, but socialist actor Volonte is the heart of the story; his alternating sense of  hopelessness and resistance speaks for the plight of every soldier. Only recently available stateside, Rosi’s grueling epic stands the test of time, achieving a poignant universality.