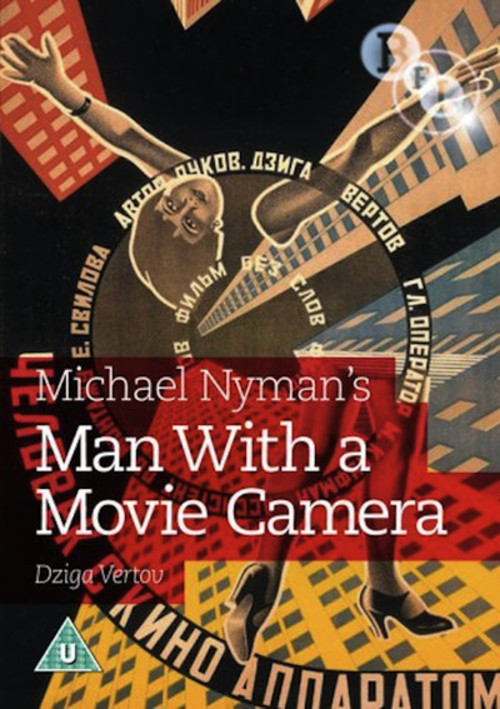 Man with a Movie Camera

The people of late '20s Soviet Russia are the subjects of this marvelously dynamic, day-in-the-life portrait by early film innovator Dziga Vertov, who intercuts images of industrial machinery and railway cars with intimate shots of sporting events, street scenes, and all manner of modern urban activity.

This groundbreaking documentary is no dry exercise in recording human behavior; it was edited at a pace that startled and mystified audiences at its 1929 premiere, and utilizes optical tricks like split-screen, stop-motion, and superimposed images that one can merely gape at in amazement today. “Camera” is an early testament to the wit, versatility, and extraordinary power of film, symbolized by its bustling, on-the-go newsreel photographer. Shot on location in Kiev, Odessa, and Moscow, and scored by the Alloy Orchestra according to Vertov’s own notes, this is a monument to modernity you’ll never tire of seeing.