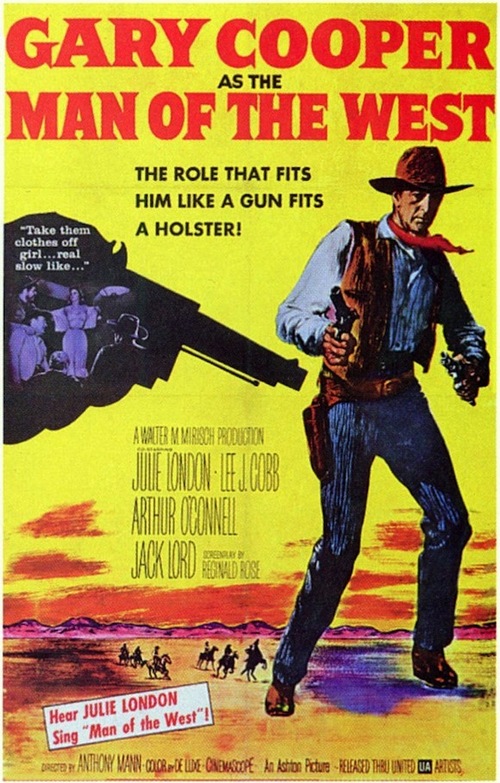 Man of the West

When his train to Fort Worth is ambushed, former outlaw Link Jones (Cooper) persuades a saloon singer (London) and gambler (O’Connell) to take refuge in a farmhouse where his old gang, led by ruthless ringleader Dock Tobin (Cobb), have (unbeknownst to him) holed up after the heist. Tobin, it turns out, is Link’s uncle, and wants the prodigal son to his return to his old, bank-robbin’ ways — or else.

Cooper is at his grizzled, laconic best in “Man of the West,” a tense Western about family ties, betrayal, and the effort of a one-time criminal to reform his murderous habits. London’s turn as a saloon floozy and Cobb’s as the menacing Dock Tobin add gravity to the script by Reginald Rose (“12 Angry Men”), but sidemen Royal Dano, John Dehner, and a very young Jack Lord (“Hawaii Five-O”) add spice, too, as bloodthirsty gunslingers. As always, Mann directs with a taut, suspenseful flair, especially the famously gritty, rough-and-tumble fight scene between Cooper and Lord. Giddy-up!