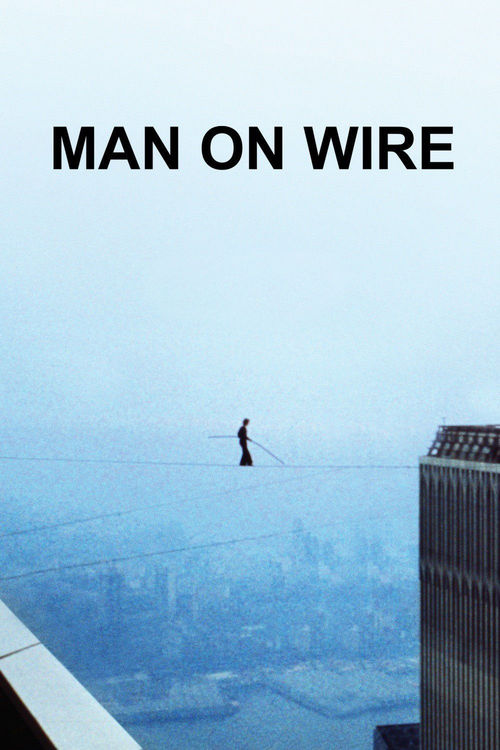 This engrossing, suspenseful doc tells the story behind “the artistic crime of the century.” On August 7, 1974, French acrobat and street entertainer Philippe Petit strung a thick cable between the Twin Towers beneath the cover of night and, the next day, performed an early-morning tightrope walk 1,350 feet over the ground as Port Authority police and commuters stared from below, agog at Petit's nimble sky walk.

Drawing on the conventions of the heist genre, James Marsh's exquisite “Man on Wire” is both a tale of gripping suspense – explaining how, exactly, a shady crew of conspirators penetrated security barriers at the World Trade Center and managed to string a giant cable between the buildings with no one noticing – and a story of friendship, love, and artistic passion. Petit is a first-class raconteur, and his confessions and soulful, poetic expressions of love for his tightrope work are truly worthy of contemplating. Then there is the daring, transcendently gorgeous act itself, rendered purely in evocative still photos, with a plaintive score by Erik Satie. Pure magic.

Man on the Tracks