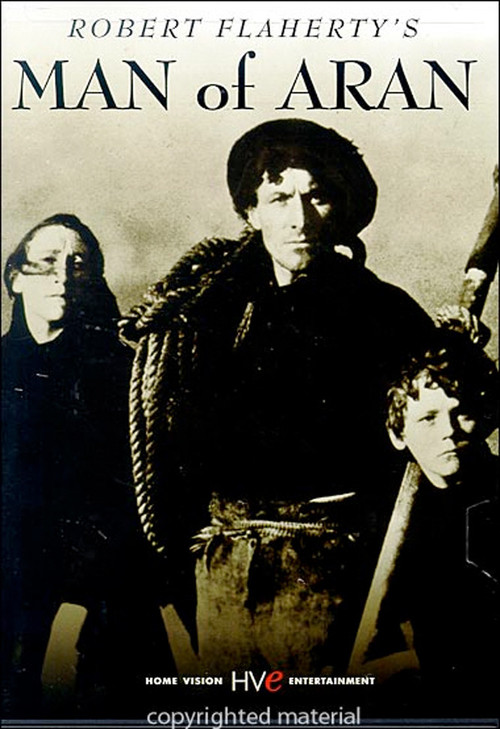 Shot on Ireland's remote Aran Islands, this astonishing documentary depicts the primal struggle between humanity and that most powerful of elements: the sea. Whether battling ferocious storms or hunting a gigantic basking shark, the residents of this desolate island undergo back-breaking, dangerous tasks each day with hardy, cheerful determination, seemingly undaunted by the hardships they face.

No movie better illustrates the tenuous, symbiotic relationship between brute nature and human endurance than Robert Flaherty's hauntingly gorgeous "Man of Aran." Flaherty, director of the classic "Nanook of the North" and father of the documentary form, shot "Aran," his first sound feature, over the course of two and a half years, casting heroic locals in key roles and training his camera on the rugged, magnificent environment in which they eke out their survival. "Man of Aran" is pure visual poetry, astounding and unforgettable.