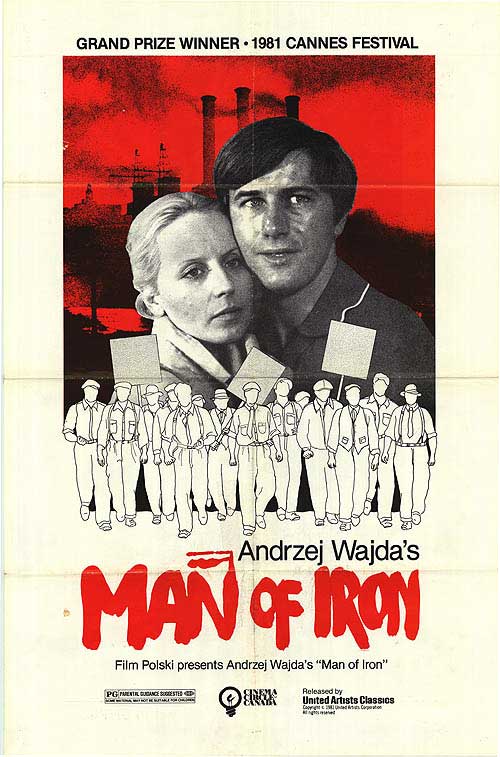 Maciej Tomczyk (Radziwilowicz) works to further the aims of the Free Union movement in Communist Poland. His agitation puts him on the wrong side of the State and intelligence authorities dispatch dissipated journalist Winkel (Opania) to dig up information that can be used to get the young organizer out of the way. As Winkel interviews Maciej’s family and comrades, a portrait of heroism emerges--one of a man of iron that helped to bring about dramatic changes that led to the end of Communism.

The Polish Solidarity movement scored its major breakthrough in 1980. Wajda’s epic Iron was completed just one year later, and the passion and urgency of the moment suffuse every frame. In some ways a remake of his earlier, heavily censored, Man of Marble (Radzilowicz and Janda both re-imagine their characters from that earlier masterwork), this update reflects a marked optimism born of the unlikely real-life success story that shook the world. Academy Award-nominated, and winner of the Palme d’Or, Wajda’s film is a stirring ode to determination in the face of insurmountable odds.