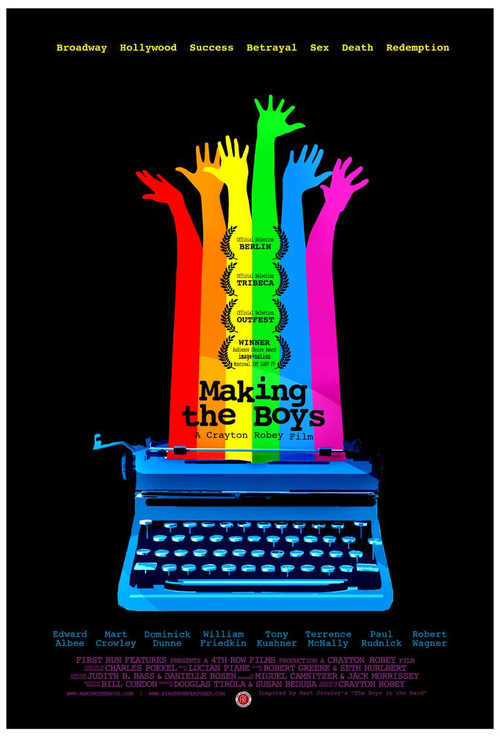 In 1968, Mart Crowley’s play, “The Boys in the Band” opened Off-Broadway and became a hit, despite its somewhat brutal depiction of gay characters. It still represented a landmark for the movement as the first highly successful play specifically about gay men. It would eventually move uptown to Broadway and then become a film, directed by William Friedkin. Surviving members of the original cast reminisce about their involvement in such an era-defining work, and writers and journalists debate how the work helped — and hindered — the progress of gay rights. We also learn how the unexpected success of “Band” affected Crowley himself.

However you view Crowley’s play today, in its time it was an important and influential work, with a gay man addressing what it feels like to be “queer” in a straight world. Crowley himself makes a fascinating narrator of his own past, as he details his close friendship with Natalie Wood and his battles with alcoholism. Playwright Albee is outspoken about the retrograde aspects of the play, and explains why he did not back it. Archival footage and photographs, including some astounding anti-gay propaganda, complete the picture of an explosive time that provoked an explosive work of art.