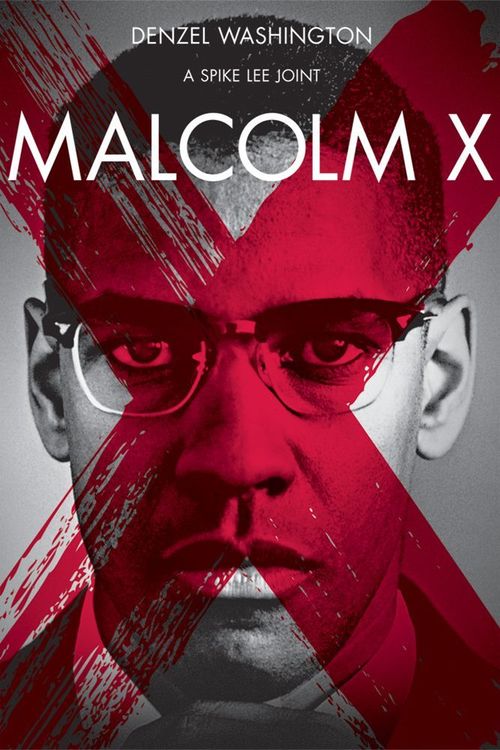 This ambitious film chronicles the remarkable life of murdered civil-rights leader Malcolm X (Washington), born Malcolm Little; from his early years in a Harlem gang to his religious conversion during a stint in prison, marriage to Betty Shabazz (Bassett), and eventual rise to fame as a controversial orator and spokesman for the Nation of Islam, led by Elijah Muhammad (Freeman Jr.). A life-changing pilgrimage to Mecca, however, not only upends Malcolm's radical views of race, but tragically puts him on the outs with his mentor.

Built around a commanding performance by Denzel Washington, Spike Lee's "Malcolm X" is the writer-director's most ambitious, impassioned film to date, presenting a turbulent and eventful life filled with self-transformation. The Oscar-nominated Washington never lets you forget his hero's fiery charisma, the emotional impact and candor of his speeches, or the resentment he faced from both sides of the racial divide. With a top-notch cast, and Ernest Dickerson's fluid camerawork creating immediacy, "Malcolm X" bristles with energy and impact.