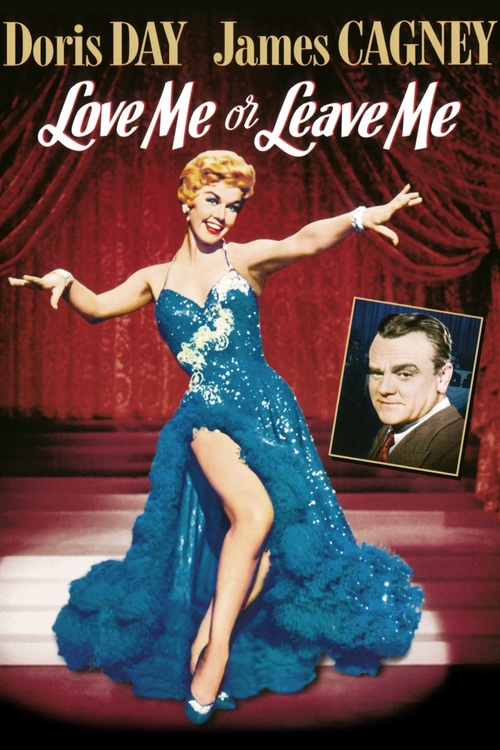 Love Me or Leave Me

Aspiring singer Ruth Etting (Day) works as a taxi dancer at a Chicago nightclub when she's spotted by smitten, street-wise Marty Snyder (Cagney), a thuggish laundry owner with big-time underworld connections. Through his brutish, heavy-handed interventions, Ruth becomes a star of stage and screen. She then weds Marty out of obligation, though secretly she's in love with her one-time accompanist Johnny Alderman (Mitchell). As the years go by, Marty's strong-arm tactics and need to control Ruth cast a dark cloud over her happiness and career.

A far cry from the wholesome, gee-whiz brand of MGM musicals from the 50s, this daring biopic of the real-life Etting – "America's sweetheart of song" – is remarkably candid about the sleazy opportunists who inhabit the showbiz world. Day is smashing as Etting, a shimmering talent who sacrifices love and independence for the promise of fame. Her turbulent relationship with the limping, repugnant Marty, brilliantly portrayed by an Oscar-nominated Cagney, goes from bad to catastrophic, all hinging on her reunion with Johnny, played by the agreeably forthright Mitchell. The story is gripping, but so are Day's sexy, impeccable renditions of torch songs like "Shaking the Blues Away."