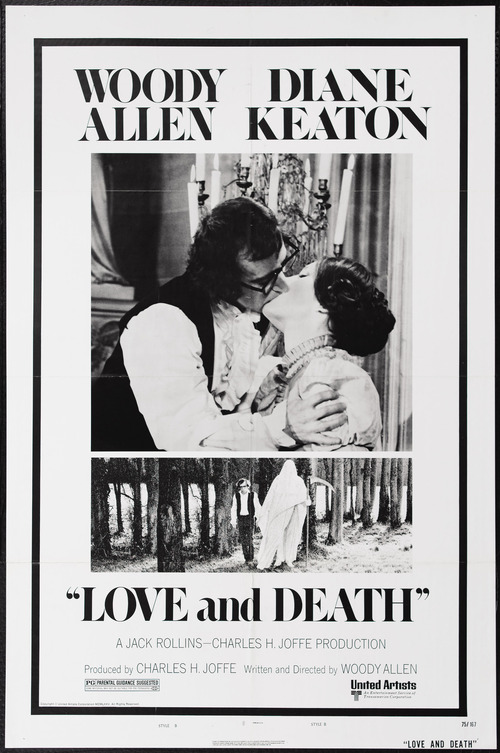 Set during the Napoleonic Wars, the self-proclaimed Russian intellectual and confirmed coward Boris Grushenko (Allen) adores his beautiful cousin Sonja (Keaton), but for some reason she only has eyes for Boris's mind. Caught up in wartime fervor, Sonja finally agrees to marry him, then enlists Boris in a daring scheme to assassinate Napoleon. Of course, all these shenanigans only serve to confirm the utter futility of human existence — but hey, it's better than being dead!

Director/writer/star Allen hits dizzying comedic heights in this zany spoof of Russian literature, filled with allusions that never lessen the prevailing hilarity. Keaton is fabulous here as well, building on her distinctively ditzy persona as the idealistic but scattered Sonja. Populated with assorted other colorful types, "Love" is consistently sidesplitting; in fact, it may just be Allen's funniest. The film also benefits from European locations (yes, Woody actually left New York to shoot this — a rare occurrence back then). Don't miss that opera scene!