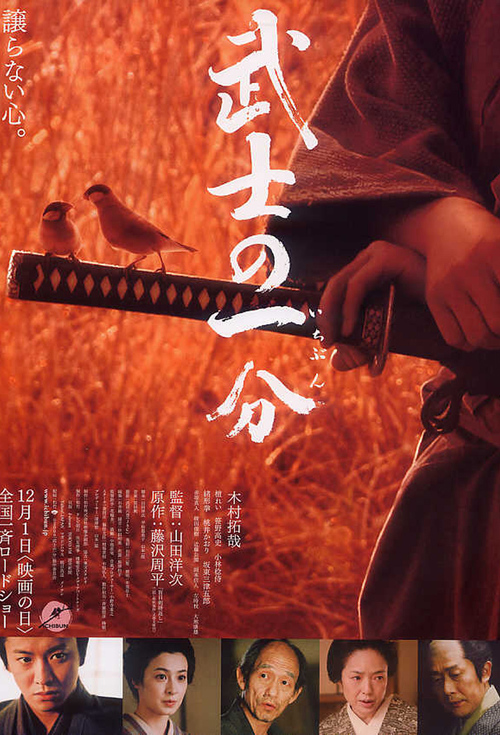 In feudal Japan, Shinnojo (Kimura), a samurai assigned as his lord's food-taster, grows weary of his job. Then, his longstanding dream to open a dojo (martial arts training center) for young boys is ruined when a toxic batch of shellfish suddenly blinds him. He's offered a living stipend, but when he discovers that his wife, Kayo (Dan), has to perform sexual favors to ensure it continues, he vows to seek revenge. Though blind, he begins practicing for one final duel. In the process, Shinnojo may become a better, truer samurai than ever.

Here, octogenarian director Yamada completes his trilogy of samurai films (after "The Hidden Blade" and "The Twilight Samurai"), which emphasize human drama over bloodletting, which tends to be highly unusual for this genre. Still, Yamada makes it work, thanks to a smart, understated script and nuanced performances. Relaxed scenes of Shinnojo and Kayo at home before he loses his sight have an unforced, intimate quality; actors Kimura and Dan are moving and believable as a devoted couple, and Kimura's transition to blindness never hits a false note. Looking for a samurai picture with more brains than brawn? Here's your movie.

Love in the Afternoon