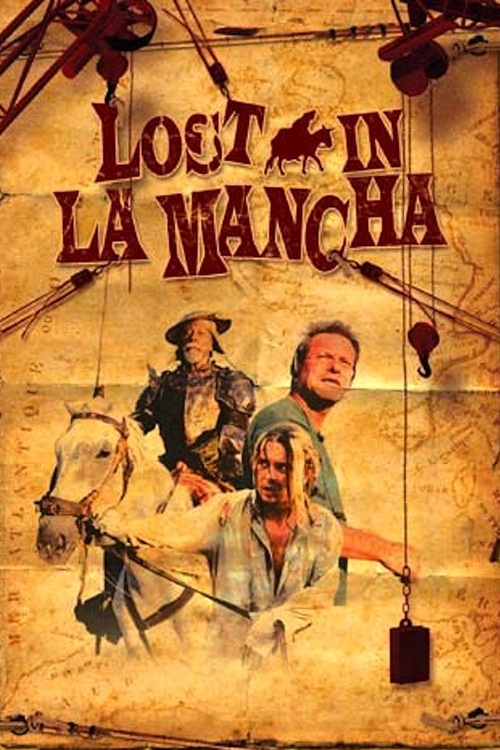 The daunting perils and pressures facing a film director are revealed in this film, which follows Monty-Python-member-turned-director Gilliam's ill-fated attempt to shoot the definitive version of the Don Quixote tale. After convincing jittery financiers to get behind his project and casting Johnny Depp in a key role, Gilliam and his crew face down flash floods, disruptive fly-bys courtesy of the Spanish Air Force, and the sudden illness of lead actor Rochefort.

The tragic, comic lesson of "Lost in La Mancha": On most any major film production, even the combined presence of talent, inspiration, and hard work will fall short if fate conspires to intervene. The visionary Gilliam (director of "Brazil," "12 Monkeys") comes off as an obsessive, driven iconoclast, willing to soldier on under the most dire of circumstances, but one man's determination is no match for the vagaries of chance and the elements. Director Fulton takes us behind the scenes for an up-close look at a film shoot that never stood a chance, and the effect is weirdly, almost perversely compelling.