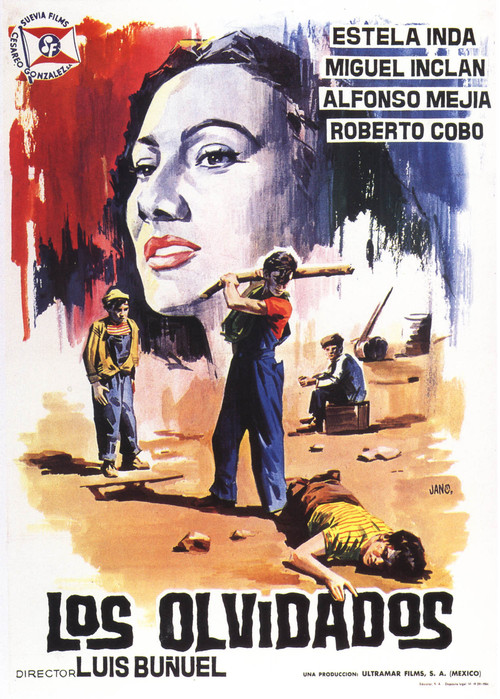 Pedro (Mejia), a young boy living in the slums of Mexico City, is under the thumb of older local hoodlum Jaibo (Cobo), who's not the best of role models. Jaibo encourages Pedro to participate in minor acts of mischief, but when Jaibo bludgeons a neighborhood boy to death in a fight, Pedro tries to distance himself from the killer. Jaibo won’t be put off, however, stepping in to ruin Pedro’s chances for a better life at every turn. Will the younger boy be able to crawl out from his criminal friend’s long shadow, or will he be dragged down as well?

This film’s gritty, realistic depiction of slum life was so controversial in Mexico that it was forced out of theaters mere days after it opened there. But its fortunes changed at the Cannes Film Festival, where it won universal acclaim and took the Best Director prize for Buñuel. It still packs a considerable wallop in its unsentimental look at bleak living conditions south of the border, and how its youngest, most vulnerable residents are affected. Though master surrealist Buñuel works in some dreamlike, Freudian imagery, he’s playing it fairly straight here, letting a simple but tragic story unfold — one not easily forgotten. Looking for a bona-fide cinematic masterpiece? Here’s your film!