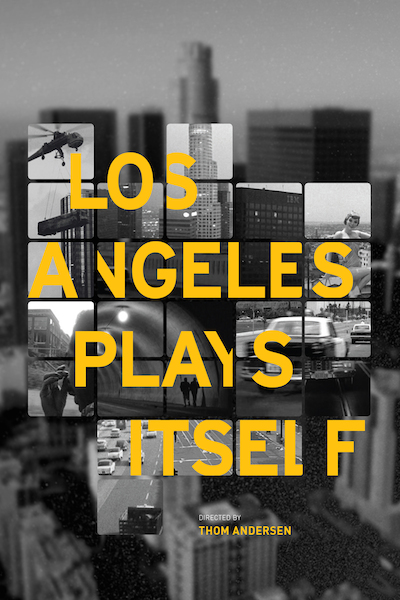 Writer/director Andersen explores the many ways the film capitol of Los Angeles has been portrayed in the movies. Whether as a backdrop or a character, the evolving cinematography of the city tells a story both historical and socio-ethnological. With a vast array of clips from studio films to independent features, his probing, analytical narration takes us on a journey from Bunker Hill to the Hollywood Hills, and most everywhere in between.

Unfolding like a gorgeous cinematic essay rather than your standard talking-heads documentary, Andersen’s first person take on his city is subjective, both damning and full of love. The narration, read by Encke King, evokes the world-weary voice-over of a 1950s noir, as if Andersen himself were the protagonist in a gumshoe investigation into a disappearing world. Exhibiting a dazzling fluency in the language of Los Angeles and of film, Andersen’s in-depth study is an enlightening, often mesmerizing visual treat — and a must for movie fans.