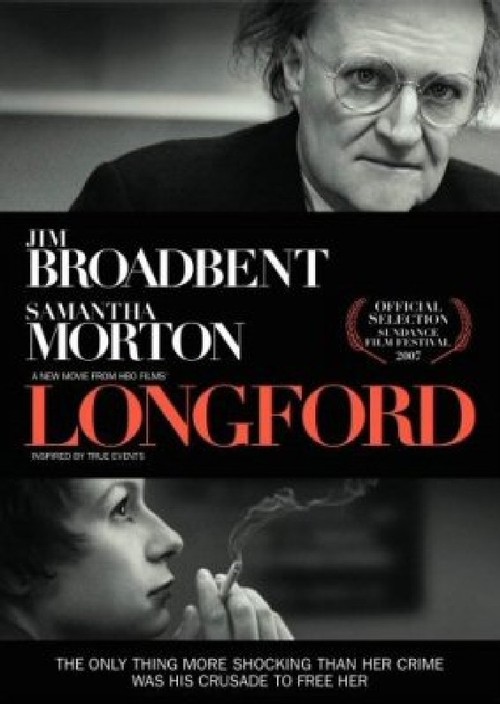 The Earl of Longford (Broadbent) is well-known (if not respected) among his peers in the House of Lords for his outreach efforts in British prisons, and his championing of legal rights and dignity for both cons and ex-cons. But when he forges a unique friendship with England's most notorious criminal, accused child murderer Myra Hindley (Morton), his advocacy threatens to ravage his career, his marriage, and perhaps even his faith in humanity itself.

Hooper's "Longford" is a suspenseful, well-played character study that tackles an evergreen quandary faced by moralists, men of the cloth, and civil-rights activists: Are some people beyond rehabilitating? This film tackles that question by telling the true story of an English lord who staked his reputation on the possibility that an infamous, deeply hated woman might not be the monster the press and public believed her to be. Broadbent and Morton are both masterful actors, and their complex roles require them to swap strength for vulnerability at key moments. Unforgettable, too, is Andy Serkis as Myra's lover Brady — as chilling a villain as you'll find.