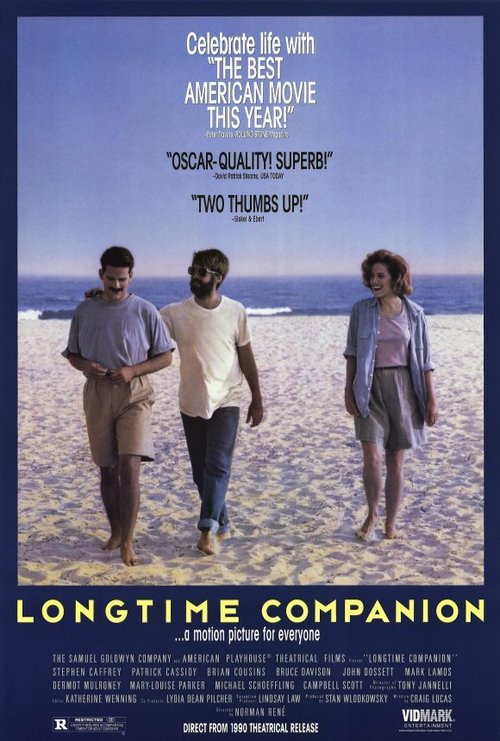 In the summer of 1981, former lovers Willy (Scott) and John (Mulroney) are partying at a club on Fire Island just as a little-noticed article on a mysterious outbreak of rare “cancers” among the gay community appears in The New York Times. Over the next decade, an array of gay male characters, all shaped by the post-Stonewall era, including ailing soap-opera writer Sean (Lamos) and his caring partner David (Davison), find their lives irrevocably changed as the HIV epidemic progresses.

Penned by playwright Craig Lucas and headed by a cast of talented big-screen and theater actors including Lamos, Davison and Caffrey, Rene’s landmark film steers clear of the political issues surrounding AIDS, drawing our attention instead to the physical and emotional havoc the disease wreaks on a cluster of lovers, friends, and family members in Manhattan. Rene never sentimentalizes his characters’ plight — the hard fact of funerals and positive diagnoses is presented matter-of-factly, a tack that only underscores these men’s collective loss. Cozy up to the frank and deeply affecting “Companion.”

Look Back In Anger