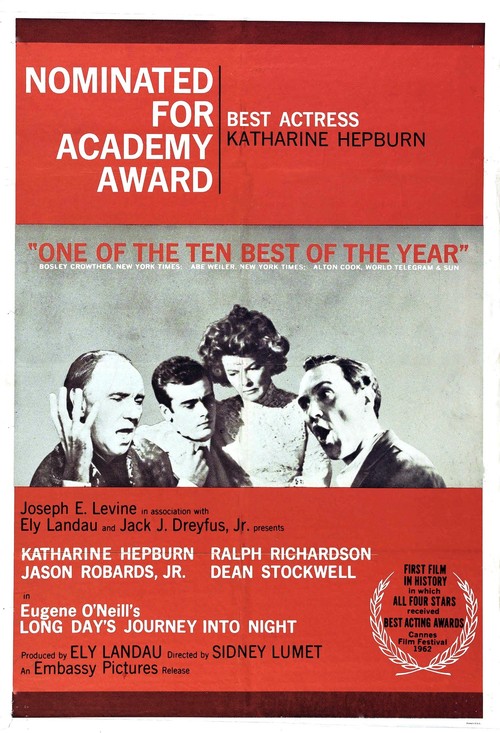 Set during one long summer day in 1912, this film focuses on the Tyrones, a family that has seen better days. James (Richardson), once a fine Shakespearean actor, has emptily played the same offstage role for years, while eldest son Jamie (Robards), a failure on the boards, drowns his sorrows in alcohol. Budding writer Edmund (Stockwell) is recovering from TB, and mother Mary (Hepburn), recently released from an institution, is slowly losing her grip on reality to the ravages of drug-addiction. As the day wears on, resentments surface — and ultimately consume — this tragic clan.

Sidney Lumet's slow-burning adaptation of Eugene O'Neill's semi-autobiographical play depicts a theatrical family's slow disintegration with haunting precision. Ralph Richardson is ideally cast as the fading family patriarch, while both Robards and Stockwell (O'Neill's proxy) are superb as the two sons, each consumed by their own afflictions. Hepburn executes a tour-de-force as the fragile, brain-addled Mary Tyrone, a spectral symbol of the family's decay from within. Lumet wisely sticks to the letter of the play, and the results are unforgettable.