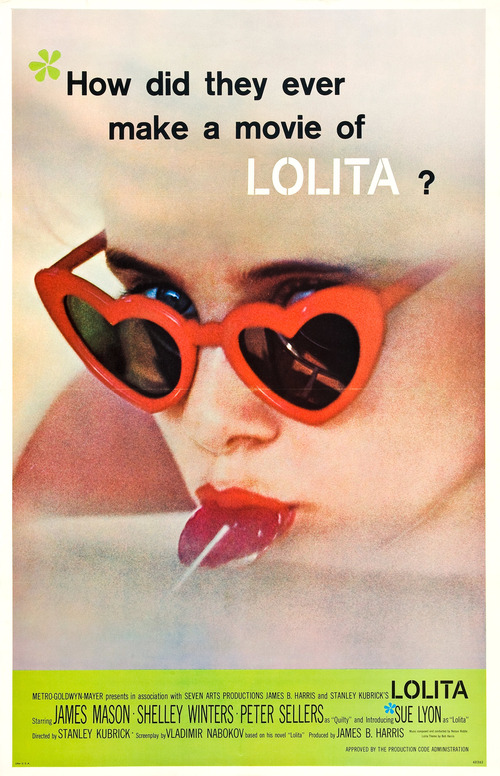 After renting a room from lonely American widow Charlotte Haze (Winters), middle-aged professor Humbert Humbert (Mason) becomes obsessed with her nubile 15-year-old daughter, Lolita (Sue Lyon). So smitten is the worldly, intellectual Humbert that he agrees to marry brash Charlotte in order to maintain contact with the coquettish virgin. A dark turn of events brings Humbert even closer to Lolita, with humiliating and tragic results.

A brilliant adaptation of Vladimir Nabokov's novel penned by the author himself, Kubrick's "Lolita" satirizes the vulgar desires and warped intellect of Humbert, magnificently played by Mason. Upgrading Lolita's age to make the film palatable to audiences in 1962, Kubrick emphasized the farcical aspects of the source material, drawing an extraordinary performance from Sellers, who plays Humbert's lecherous (and oft-disguised) writer friend Clare Quilty. Winters is by turns perky and melancholic as the unwitting Charlotte. You'll fall hard for the daring "Lolita."