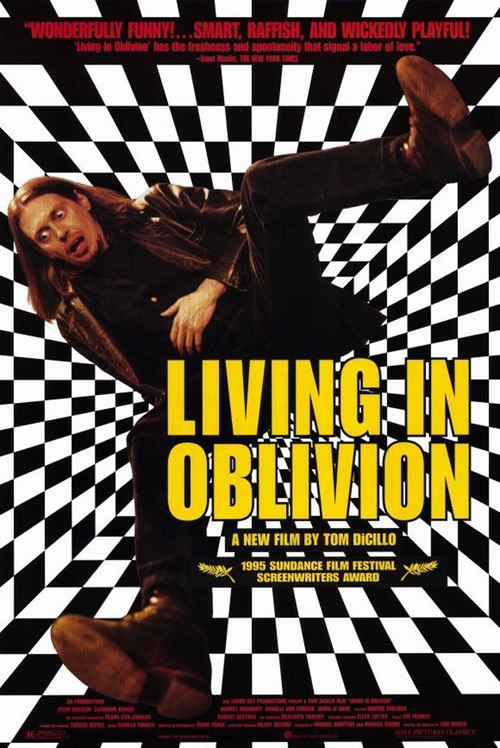 Trying to mount an indie-film production in New York is turning out to be a nightmare of absurdity and desperation for stressed-out director Nick (Buscemi). Aside from logistical issues like putrid coffee, idiot production assistants, and technical mishaps, actress Nicole (Keener) can't remember her lines, heartbroken DP Wolf (Mulroney) is on the verge of a nervous breakdown, and Nick's outlandishly narcissistic leading man Chad Palomino (Le Gros) thinks he has all the answers. Oh, and the dwarf is pissed off, too.

This hilarious send-up is a both a loving tribute to the art of filmmaking and a farcical rendering of DiCillo's real-life experiences on the set of his previous indie breakout, "Johnny Suede." Never before has the absurdity and madness of trying to orchestrate the making of a movie been so nuttily and honestly captured. Keener, Mulroney, and Le Gros (whose character is modeled after Brad Pitt, star of DiCillo's debut) are fabulous, and Buscemi — scrawny, seemingly malnourished, and deeply agitated — has rarely been so funny or sympathetic. In reality a disaster movie, "Oblivion" is ingenious, briskly paced, and full of odd surprises.