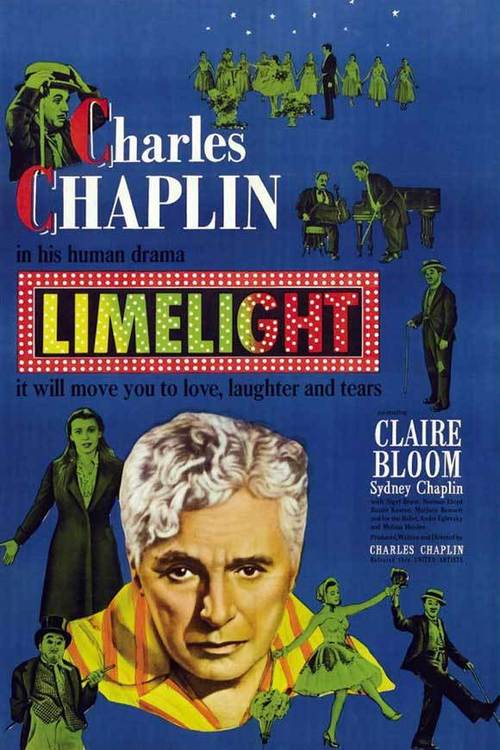 Faded comedian Calvero (Chaplin) takes to the stage one last time in an effort to help Terry (Bloom), a girl who dreams of dancing but whose legs are paralyzed. Audiences are stiff and unresponsive to the aging funnyman’s routine, so Terry pleads with impresario Postant (Bruce) to pair Calvero with his old partner (Keaton). Can they bring down the house?

Famous for the only on-screen pairing of Chaplin and Keaton, the all-time masters of physical comedy, Chaplin's self-directed, self-scored, and evidently semi-autobiographical "Limelight" is a bittersweet comedy. The ravishing Bloom is spirited playing opposite the maudlin, melancholy Chaplin, and Keaton certainly holds his own with his colleague in that memorable final scene. Hilarious at times but also woebegone in its farewell tribute to a music-hall tradition the director no doubt misses, "Limelight" is the furthest thing from a clown show.