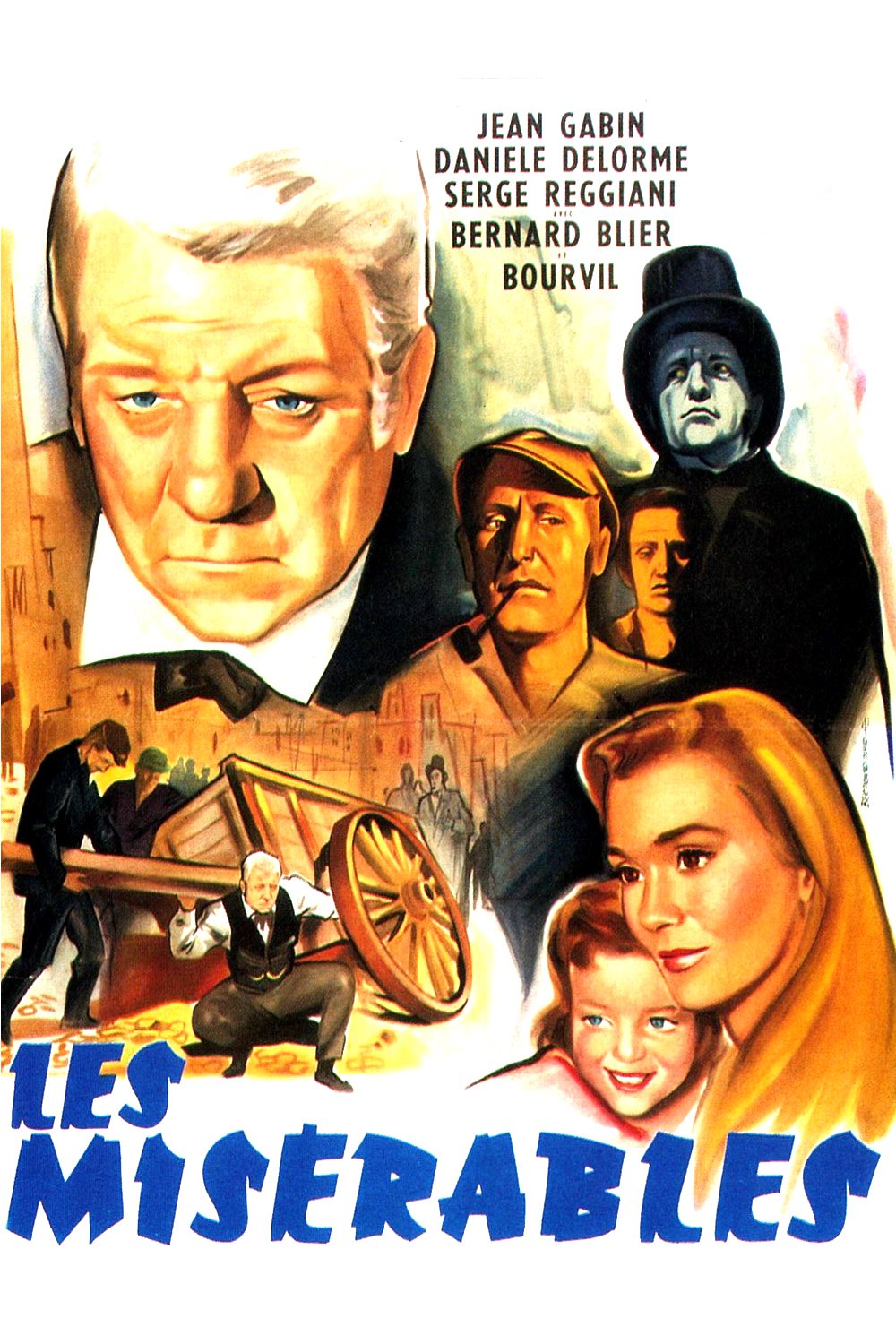 Jean Valjean (Gabin) is released from prison after serving 19 years for stealing a loaf of bread.  A kindly country bishop catches him stealing again, but instead of turning him into the police, he makes him a gift of silver candelabra and encourages him to reform. Valjean then turns his life around, becoming a town mayor and helping others. But Javert (Blier), a prison guard from his past, re-enters his life and recognizes the former criminal.

Victor Hugo’s epic novel hits the screen in lush Technirama, with an all-star cast giving life to this expansive, exciting story. Gabin, having made his career playing terse, working-class heroes, excels as the reformed thief who reforms and redeems himself. Comedic actor Bourvil is a stand-out as Thénardier, a figure even more unsympathetic than Javert. Another highlight: the impressively mounted battles of Waterloo and the June Rebellion of 1832. History, intrigue and romance combine seamlessly in this colorful epic, crowned by the austere, commanding presence of the great Gabin.

Let Him Have It