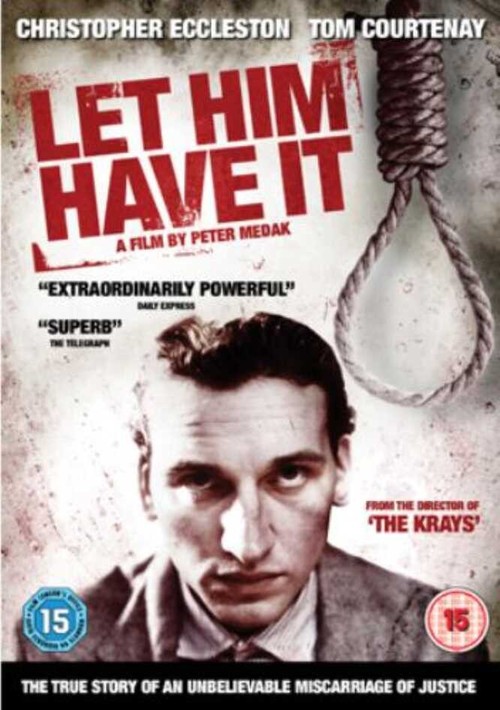 Let Him Have It

Returning home to his parents (Courtenay and Atkins) and adoring sister Iris (Holman) after a stint in reform school, dull-witted epileptic Derek Bentley (Eccleston) makes friends with a local tough, Chris Craig (Reynolds), enthralled with Jimmy Cagney and Humphrey Bogart. Enlisted into petty crimes by Craig and his gun-toting gang of underage thieves, Derek is led down an infamously tragic path.

Based on the real-life Bentley case that rocked postwar Britain, in which a jury charged a mentally challenged young man for the killing of a police officer (though he wasn’t the triggerman), Medak’s Cockney psychological drama is an angry social-problem film about class, handicaps, and failed justice. Eccleston makes Derek both pitiable and sympathetic, while Reynolds gives his yobbish Craig just a hint of wounded innocence. A sensitive, low-life drama with a big, anguished heart.