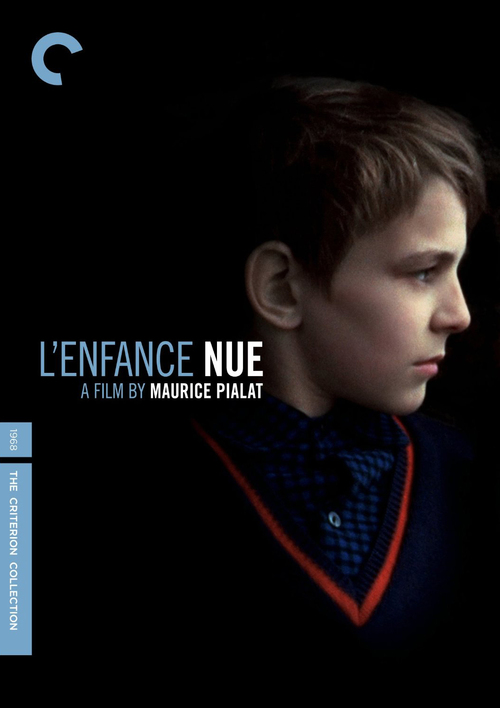 Foster child François (Terrazon) has the face of an angel, but his actions suggest the boy harbors deep emotional scars. When the Joigny family can no longer handle the difficult lad, hes shuffled off to live with the aging, kindly Thierrys (Marie-Louise and Rene Thierry). There, he continues a behavioral pattern that alternates between openness and withdrawal, love and violence. Meanwhile, the perplexed adults around him struggle to provide the boy a good home. Maurice Pialat's feature debut (produced with the help of director François Truffaut) charts the contradictions of a foster care system in which good people must often make tragic, painful decisions and children regularly fall by the wayside.

It's no surprise that Truffaut would be drawn to help make this film, considering his own career began with a similarly-themed masterpiece ("The 400 Blows"). Both focus on tales of troubled youth, but the resemblances end there. Pialat's film is less sentimental and less stylized, featuring an unadorned, almost documentary-like portrayal of François's bumpy, uncertain experience. (Terrazon delivers a stunning performance in his first, and only, film role.) But Pialat's movie succeeds because it doesn't paint the adults perspectives in stark black and white; as in real life, their feelings and motivations are complex, contradictory and ever-shifting, often from one scene to the next. "L'Enfance Nue" offers a penetrating, totally authentic depiction of one boy, alone and enveloped in inner conflict and confusion. The result is heart-rending.