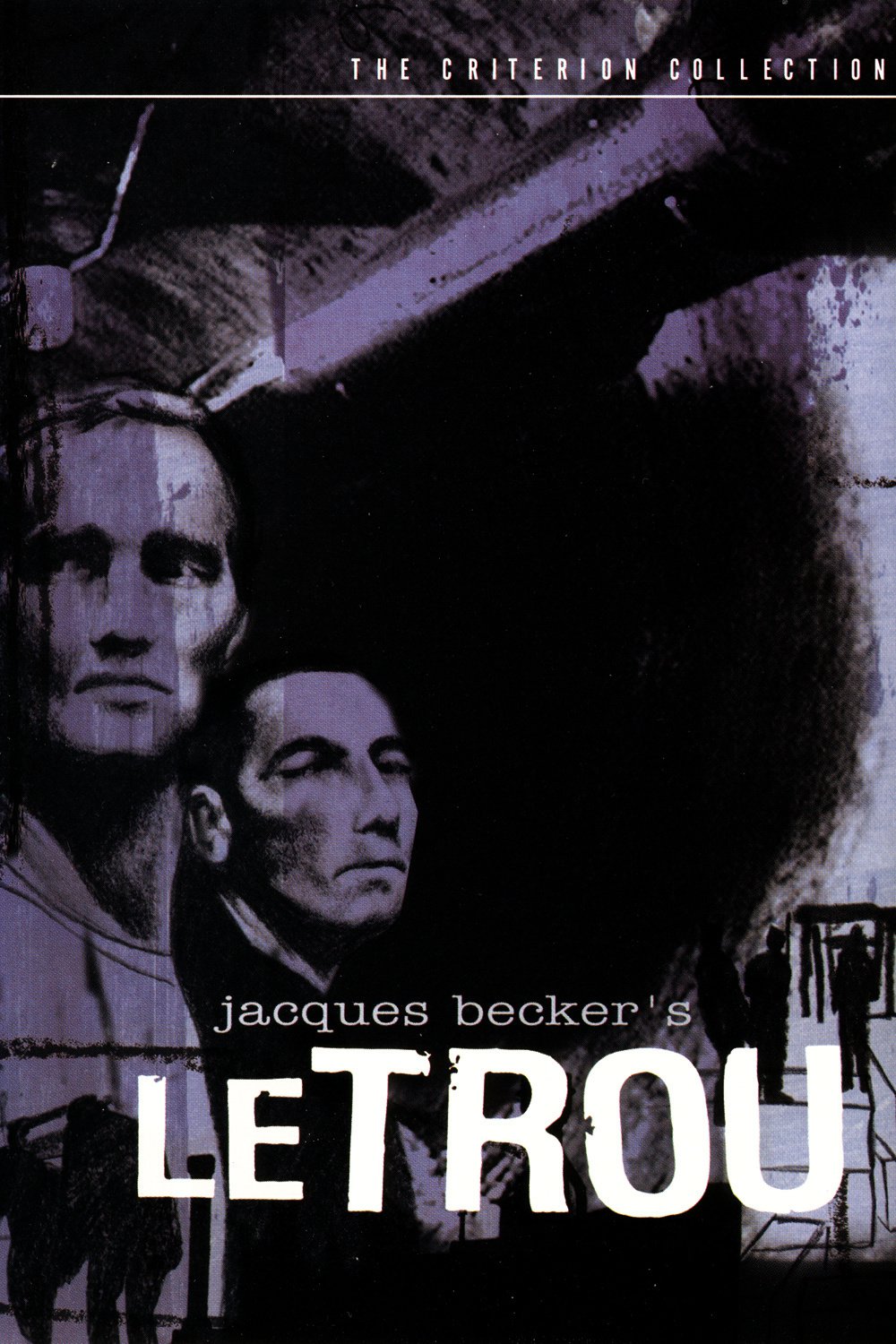 Four inmates of La Sante prison in Paris plot a daring escape. But their plans are disrupted when a fifth prisoner, Gaspard (Michel) becomes their cell mate. Reluctantly, Roland (Keraudy), Geo (Constantin), Manu (Leroy) and “Monseigneur” (Meunier) include Gaspard in their plans. Over several nights, they painstakingly dig a hole in their cell, explore the tunnels below the prison, and break through a sewer wall.  But will all this seemingly endless toil lead them to freedom?

Becker adapted this gripping nail-biter from a book by Jose Giovanni describing his own attempted prison break in 1947. Keraudy was his actual partner-in-crime, and brings a documentary-like feel to the film by introducing it as “my story”. He acquits himself marvelously as the tough but kind leader of the gang. Becker’s stark cinematography, claustrophobic mise-en-scene and lack of scored music create a gritty realism. Much of the action unfolds in real time, and the tension is palpable as the actors slowly chip away at their Sysiphean task. Sadly, Becker died shortly after completing this film, and wouldn’t see “Le Trou” become the acknowledged classic it is today.