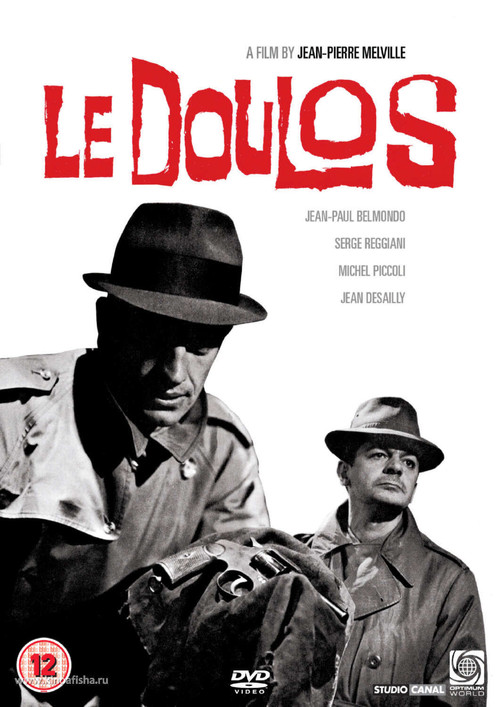 Newly released from prison, trench-coated hood Maurice (Reggiani) visits a fence (Lefevre) with whom he has an old beef, pockets a bundle of jewels after coldly dispatching the fellow, and plans an ambitious new heist. Forced to flee the robbery site when the cops intercept him, Maurice begins to suspect his shady pal Silien (Belmondo), a reluctant crook who maintains a too-close relationship with a city police inspector (Crohem), of treachery. But is he the rat?

Melville’s existential gangster thriller examines betrayal, friendship, and the code of honor among thieves in his exquisite noir “Le Doulos,” starring the uber-cool Belmondo, fresh off his star turn in Godard’s “Breathless.” Melville loads the plot with reversals, twists, and plenty of tough-guy brutality (Belmondo’s treatment of Maurice’s girlfriend — a come-on turns into a vicious beating — is jolting, even today), borrowing plenty of tricks from American noir’s iconography, but always making them his own. One justifiably famous, eight-minute interrogation scene is the film’s coup de grace, and a perfect crystallization of crime-film cat-and-mouse dynamics.