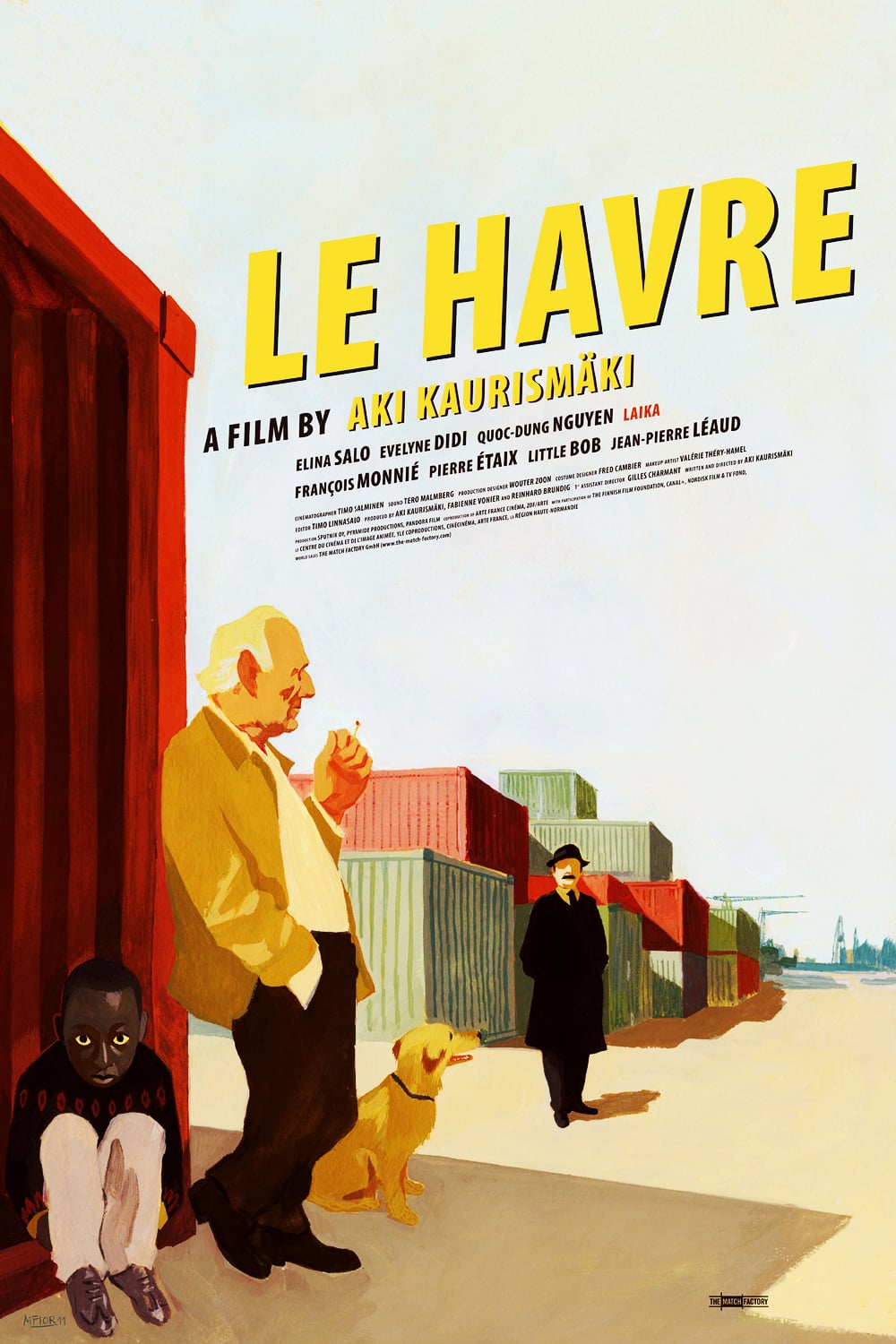 In the port city of Le Havre, a group of illegal African immigrants is discovered inside a shipping container. A young boy named Idrissa (Miguel) escapes the authorities and hides out in the docklands where he is befriended by Marcel Marx (Wilms), an elderly shoeshine man. Marcel takes Idrissa in and cares for him. Soon, Marcel’s small circle of friends and colleagues are in on the secret as Marcel tries to return the boy to his mother in England. But a dogged police inspector Monet (Darroussin) is sniffing around the neighborhood, tipped off by an anonymous caller.

Finnish director Kaurismaki’s characters exist in off-kilter worlds where reality and absurdity co-exist. Here, he eschews the quirky for a more recognizable reality to tell a heartwarming story about brotherhood. There are also moments of quirky humor, including the musical antics of Little Bob, a fifties rock ‘n’ roller who performs in the local bar. With Darroussin embodying a 1940s aesthetic as the trench-coated detective, the film harkens back to earlier, more noble times. But it’s also a salient critique of immigration policy and a plea for tolerance and social responsibility. Lighthearted yet thought-provoking, Kaurismaki’s latest feature amply rewards your attention.