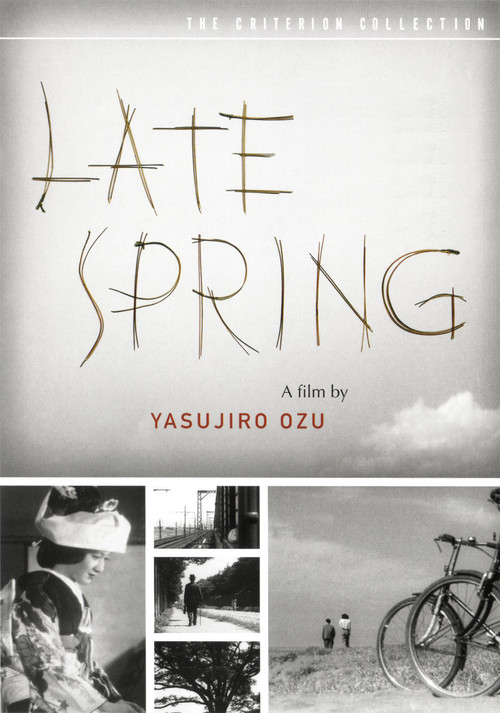 Shukichi Somiya (Ryu) is an aging, middle-class widower whose doting daughter, Noriko (Hara), selflessly attends to his every need. Knowing that Noriko, a shy and gorgeous young woman, will become an old maid if she doesn't break her attachment to him, Somiya decides to fool her into thinking he's getting married, so she'll feel free to wed a suitor.

A lovingly crafted fable about family relations in mid-century Japan, "Late Spring" is a testament to Ozu's elegant visual style and tranquil humanism. Two of his favorite actors, Ryu and the resplendent Hara, have an especially beautiful rapport in this touching story of sacrifice, which hinges on Noriko's cheerful willingness to forego freedom, and Somiya's desire to see Noriko married, though he knows he'll lead a lonely life without her. With consummate skill, Ozu uses shots of parks, walkways, and gardens to illustrate his characters' emotional states. Poignant and languorously paced, this is a masterful study of father-daughter affection.