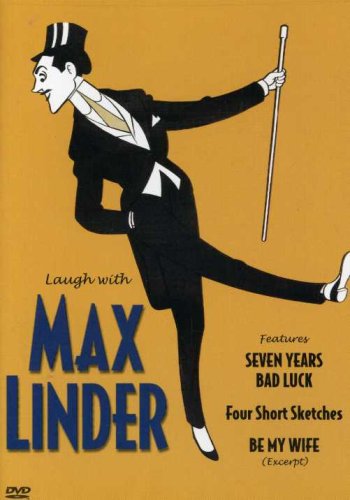 Though little known today, Max Linder was a pioneering comedian of the early silent era, whose routines and sight gags influenced the likes of Chaplin (he dubbed Linder "the Professor"), and have been imitated widely ever since. The best of his career work is included on this disc, including the 1921 feature "Seven Years' Bad Luck," in which a hungover Max endures a daylong streak of rotten luck after a manservant convinces him he's busted a looking glass.

The legendary French farceur gets his due in this hilarious collection of shorts and features spanning his too brief twenty year career. Most famous is the mirror illusion in "Seven Years," where a man standing behind the frame of a broken mirror acts the part of Max's reflection. In "Be My Wife," an excerpt of which is included here, Max tries to impress his girlfriend's aunt by pretending to subdue an intruder behind a curtain. This pantomime gag was the first of its kind. Unlike Chaplin's "Tramp" or Keaton's "Everyman", Linder's character had the social graces of a gentleman. His humor derives more from circumstances than from some inherent clumsiness. Silent comedy fans will treasure these smart, inventive, and playful films.